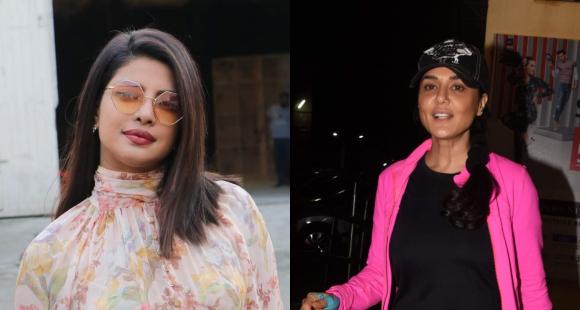 Preity Zinta celebrated her birthday on January 31, 2021. Numerous celebs and fans alike wished her on the special occasion.

Preity Zinta turned a year older on January 31, 2021, and wishes poured in for the actress from across the country. Right from fans to family members and friends, everyone wished her on the special occasion. Not only that but multiple members of the film fraternity also sent their heartfelt wishes on social media. Talking about the diva, she has been ruling hearts ever since she made her acting debut with Dil Se in 1998 that was directed by Mani Ratnam.

Coming to the present context, Priyanka Chopra Jonas is among those who have wished Preity Zinta on her birthday. The actress has shared two ‘then and now’ pictures with the latter and writes, “Wishing you the happiest birthday @realpz! Hope you have the best day” She also adds another caption that reads, “P.S. we need to take more pics.” Earlier, Priyanka and Preity have featured together in movies like The Hero: Love Story of a Spy and Krrish.

Meanwhile, Preity Zinta was last seen in the 2018 movie Bhaiaji Superhit co-starring Sunny Deol, Arshad Warsi, Shreyas Talpade, and Ameesha Patel. She also appeared in a special episode of the American sitcom titled Fresh Off the Boat alongside Vir Das in 2020. Priyanka Chopra, on the other hand, wrapped up the shoot of Text for You a few days ago. She has some interesting projects lined up one of which is the Keanu Reeves starrer Matrix 4. The actress has been receiving praise for the past few days owing to the stint in The White Tiger.

Also Read: Priyanka Chopra REVEALS Nick Jonas is of the opinion that she may be the first “Jonas’ to win an Oscar