Home EntertainmentBollywood Priyanka Chopra shares a stunning new pic from London, show what ‘shooting a movie looks like in 2020’

Priyanka Chopra shares a stunning new pic from London, show what ‘shooting a movie looks like in 2020’ 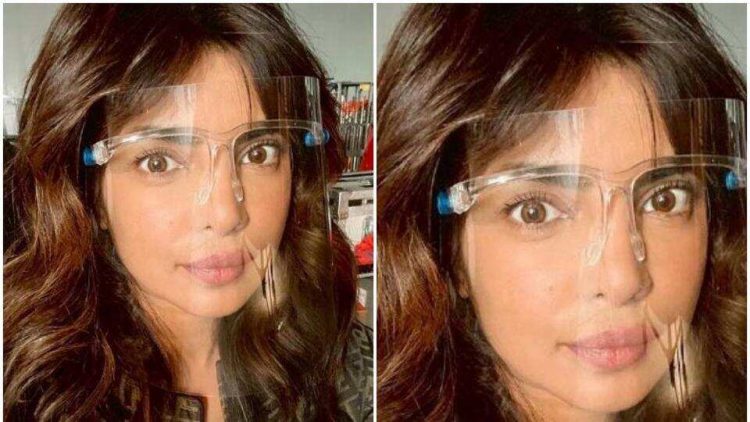 Actor Priyanka Chopra took to instagram to share a brand new picture of herself from the shoot of her upcoming film, Text For You. She also mentioned how daily testing, masks and face shields had become the new normal.

Sharing the picture, where she is wearing a face shield, Priyanka wrote: “What shooting a movie looks like in 2020. Daily testing, face shields, and masks on hand. This was taken after hair and makeup where we wait right before we shoot, in a secure distanced zone …And masks on…in between all shots!! Staying safe is part of getting the job done protect yourself and everyone around you. Stay positive! test negative!”

Among those who commented on the picture was actor Preity Zinta who wrote: “Stay safe n All the best babe.” Many of her fans also dropped mesages; one said “awesome looking” while another said “nice”.

Priyanka has been stationed in London since November. Sharing a picture, perhaps from a film set, she had simply written: “Home”. On December 1, on the occasion of their second wedding anniversary, Priyanka had written: “Happy 2 year anniversary to the love of my life. Always by my side. My strength. My weakness. My all. I love you @nickjonas”

Couple of days back, she had shared a cute picture with Nick Jonas and their pet Diana and had written: “These two…- @madhumalati Ps. Thank you @moncler for Dianas fabulous coat!”

On the work front, Priyanka has a busy schedule. Her films, We Can Be Heroes and The White Tiger are complete and up for release. In the pipeline are three projects in varous stages of development with Amazon — Sangeet, a reality series based on the pre-wedding ceremony; Citadel, a thriller produced by the Russo brothers and co-starring Richard Madden; and Sheela, a biopic of the controversial aide to Osho, Maa Anand Sheela. She will work with Mindy Kaling for a wedding-based romantic comedy film for Universal Pictures, directed by Dan Goor. Priyanka also has The Matrix 4 with Keanu Reeves and Carrie-Anne Moss.