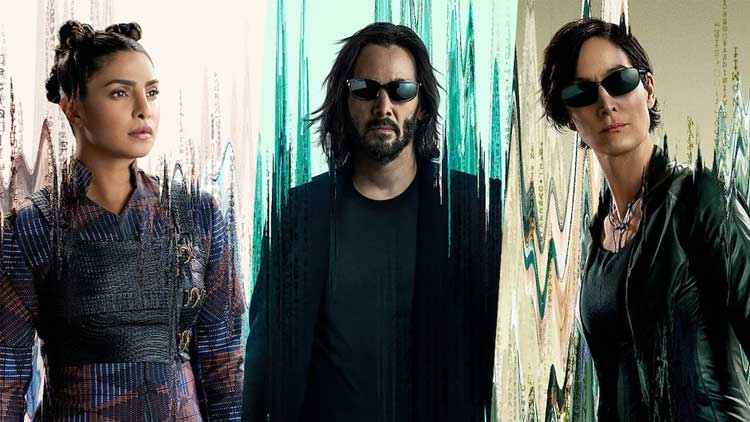 The Matrix Resurrections character posters are here — and they give us our first proper look at new entrants played by Priyanka Chopra Jonas and Eréndira Ibarra in the fourth sequel of the Matrix movie.

Naturally, we also have The Matrix Resurrections character posters for all of Keanu Reeves, Carrie-Anne Moss, Yahya Abdul-Mateen II, Jessica Henwick, Neil Patrick Harris, and Jonathan Groff. Warner Bros. still isn’t telling us who some of them are playing though. Maybe the final trailer will help in that regard. The Matrix Resurrections release date is December 22 in India, the US, and on HBO Max.

Harry Potter, Wonder Woman, Neo From The Matrix & More Superheroes Come Together To...

‘A Glitch in the Matrix’ and the obsession of simulation theory

Buzzy Sundance documentary ‘A Glitch in the Matrix’ features a new interview with the...

The Matrix 4: Everything We Know So Far – Crossover 99

The Matrix 4 Title Is Finally Out? Hairstylist Releases A Video Leaking The Name...

The greatest ‘Office’ opening that never was: Rainn Wilson on why amazing ‘Matrix’ sequence...

Priyanka Chopra Jonas spills the beans on Matrix 4; Reveals what her shooting experience...

Matrix 4: Here’s Why Keanu Reeves Starrer Is Being Helmed By Only One Of...