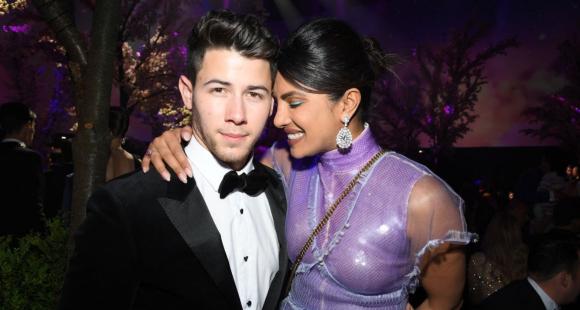 Priyanka Chopra has been winning accolades owing to her memoir titled Unfinished. Meanwhile, check out her latest post meant for Nick Jonas.

The entire world has indulged in the celebrations of Valentine”s Day and social media is abuzz with numerous pictures and videos of the same. Just like others, many of our beloved celebs have also celebrated the special occasion with their respective loved ones. Right from Alia Bhatt, Ranbir Kapoor to Varun Dhawan, and Natasha Dalal, many of these celebs have shared lovely pictures on social media while including their celebratory moments. They are surely setting some major couple goals here!

Priyanka Chopra is the latest to join the bandwagon of celebs here. The actress has shared an adorable post for her husband Nick Jonas on Instagram. She writes, “My forever Valentine. I love you.” The White Tiger star has also shared a lovely picture with Nick in which both of them are seen sharing a special moment. While PeeCee is seen wearing a floral dress, her hubby dearest, on the other hand, wears a mustard yellow shirt and black pants. As soon as she posted the same on her personal handle, comments began pouring in from everywhere.”

Meanwhile, Priyanka Chopra has been grabbing headlines after the release of her memoir titled Unfinished. The actress has spoken about various facts related to her in the same. The diva was last seen in The White Tiger co-starring Rajkummar Rao and Adarsh Gourav. The movie has been directed by Ramin Bahrani. Apart from that, she will be seen in Text for You which also features Sam Heughan. The actress will also be playing a pivotal role in Matrix 4.

Have you read Unfinished yet? Do let us know in the comments section.