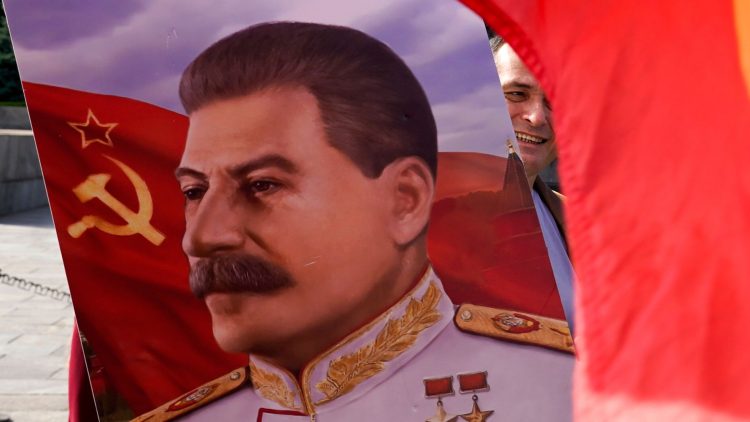 Rasmussen’s four-part Twitter thread on Sunday laid out steps for Pence to steal the election on Jan. 6, when Congress is supposed to certify the Electoral College vote naming Joe Biden the U.S. president-elect.

The thread quotes Stalin as saying, “Those who cast the votes decide nothing; those who count the votes decide everything.” It then implies that U.S. states somehow manipulated the election results (there is absolutely no evidence to support this) and that there’s “nothing stopping” the vice president from “declining to open and count the certificates from the six disputed states,” referring to certain battleground states that voted for Biden.

“Come January 6, 2021, Vice President Mike Pence will be presented with the sealed certificates containing the ballots of the presidential electors.

At that moment, the Presidency will be in his hands.

And there is nothing stopping Pence, under the (plenary and unappealable) authority vested in him as President of the Senate, from declining to open and count the certificates from the six disputed states.

If they are (as more than 70% of Republicans believe) certificates from non-electors appointed via voter fraud, why should he open & count them?”

If the votes of all 7 contested states are registered as zero, President Trump will have 232 votes, Joe Biden will have 222.

Per the 12th Amendment: “[T]he votes shall then be counted[.] … The person having the greatest number of votes for President, shall be the President[.]”

It’s uncertain if Stalin actually said the words Rasmussen attributes to him, according to historians. But being a dictator is definitely something Stalin knew.

In that vein, Rasmussen asks why Pence should count electoral votes from “contested states” when that the “Presidency will be in his hands.”

By not counting those votes and arbitrarily disenfranchising millions of American voters, Pence could hand the majority of the remaining electoral votes to Trump, Rasmussen claims, making him the winner of the election.

Yet legal experts say Pence has no power to actually do this, and that Rasmussen’s strategy is based on a misunderstanding of the law. Pence has the right to call on states to submit their electoral votes if they haven’t done so by late December, according to The Washington Post, but he does not have the power to reject any of the votes.

Another Twitter user also pointed out the flaws in Rasmussen’s logic, citing the Constitution.

What part of the word “shall” in the 12A do you believe means “may”?

“The President of the Senate *shall*, in the presence of the Senate and House of Representatives, open all the certificates and the votes *shall* then be counted…”

North Carolina attorney T. Greg Doucette, who fields questions about the vote on Twitter, tweeted that Pence “opens the envelopes” with the electoral votes, “gives them to the teller, the teller counts.” Electoral votes can only be struck by a majority of both the House and the Senate, he noted.

538 electors have been appointed; 270 EVs are required to win now

Pence has no power to “strike” anything. He opens the envelopes, gives the certificates to the tellers, the tellers count

Congress, by separate majority votes of each chamber, can strike EVs as it sees fit https://t.co/HUMW7ULoJ5

Pence could “theoretically” pause the process by refusing to open the envelopes, but counting would resume when he leaves office Jan. 20, according to Doucette.

It can. If Pence decides “I’m not opening another envelope,” he could theoretically pause the process until his term expires on January 20th

Nancy Pelosi takes over as Acting President, Chuck Grassley takes over presiding over the joint session, and counting continues https://t.co/HJBJGftQue

As for Pence himself, the vice president’s aides told the Post last week that he’s not looking for any “unnecessary drama” on Jan. 6.