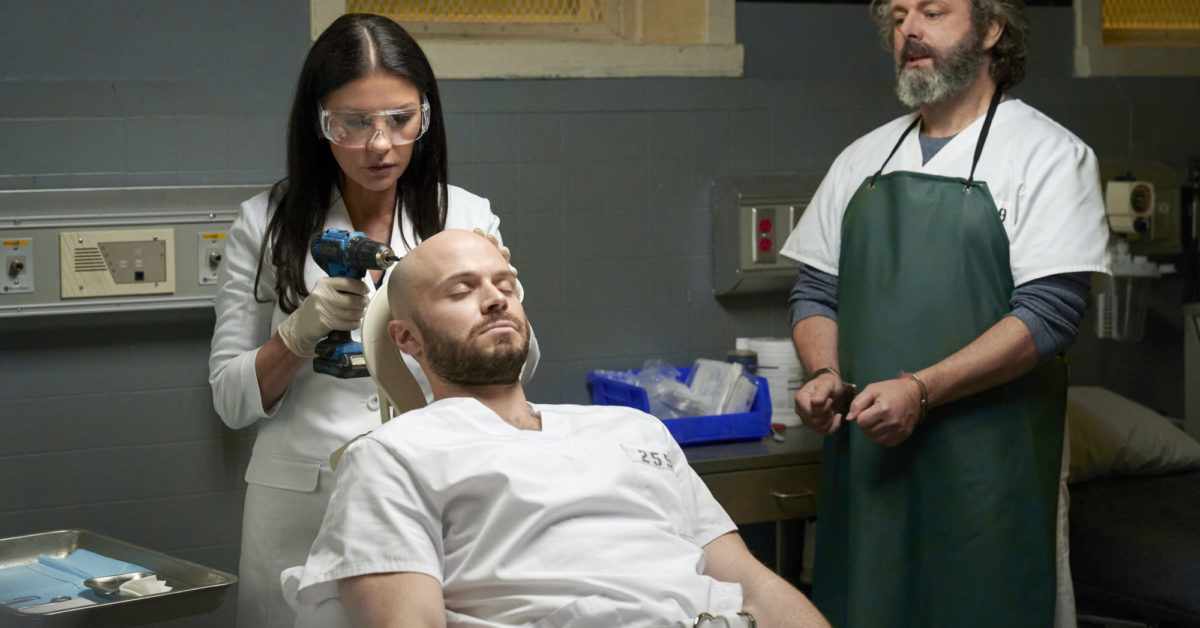 While this week’s episode of FOX’s Prodigal Son is a look back at how the season kicked off, next Tuesday, March 2, brings the first of two familiar faces into Malcolm (Tom Payne) and Martin’s aka The Surgeon (Michael Sheen) twisted family dynamic. Catherine Zeta-Jones‘ Dr. Vivian Capshaw is a Claremont Psychiatrics resident MD who enjoys putting Martin through his paces with the most menial of tasks. But after seeing Martin in a new light when he starts helping treat the other patients, Dr. Capshaw looks to make Martin’s life a little more “interesting” (uh-oh). Meanwhile, Malcolm still has Ainsley (Halston Sage) issues to deal with- and then there’s the matter of that other familiar face entering the scene when “Face Value” debuts. Here’s an updated look at preview images, an episode overview, and a promo for the next chapter:

Season Two picks up with Bright’s personal life in disarray after his sister AINSLEY’s (Halston Sage) shocking actions in the Season One finale. Now, he must “take care” of her and protect his mother JESSICA WHITLY (Bellamy Young) from a secret that could tear the family apart all over again! Further complicating matters, Martin seeks to deepen his relationship with Bright, his prodigal son, but forging this bond leads to shocking twists and revelations.

Joining the cast for the second season include Christian Borle (Little Shop of Horrors) as Friar Pete, a former friar ejected from his church for extremist views, he is famous for a notorious killing spree that has landed him in the psychiatric ward with Martin. Friar Pete is a careful listener and offers respite to the other patients — and becomes a key consultant in Bright’s latest case. Michael Potts’ (Ma Rainey’s Black Bottom) Dr. Brandon Marsh is Martin’s new therapist at Claremont who’s desperate to have a breakthrough with his psychiatric patients. Catherine Zeta-Jones joins the cast as Dr. Vivian Capshaw, a Claremont Psychiatrics’ resident MD who looks to make Martin’s life “interesting” after she sees him in a new light when he starts helping treat other patients. Alan Cumming stars as Simon Hoxley aka “The Mind Sleuth,” who travels to New York to get to the bottom of Endicott’s murder, placing Bright and his family squarely on his radar.

Back to Top
Close Add post
X
Money Heist Season 5: Everything You Know So Far – Crossover 99…TVAND the most popular Spanish-speaking show is getting closer and closer to its end. The fifth season of Money Heist is in limbo regarding its premiere…