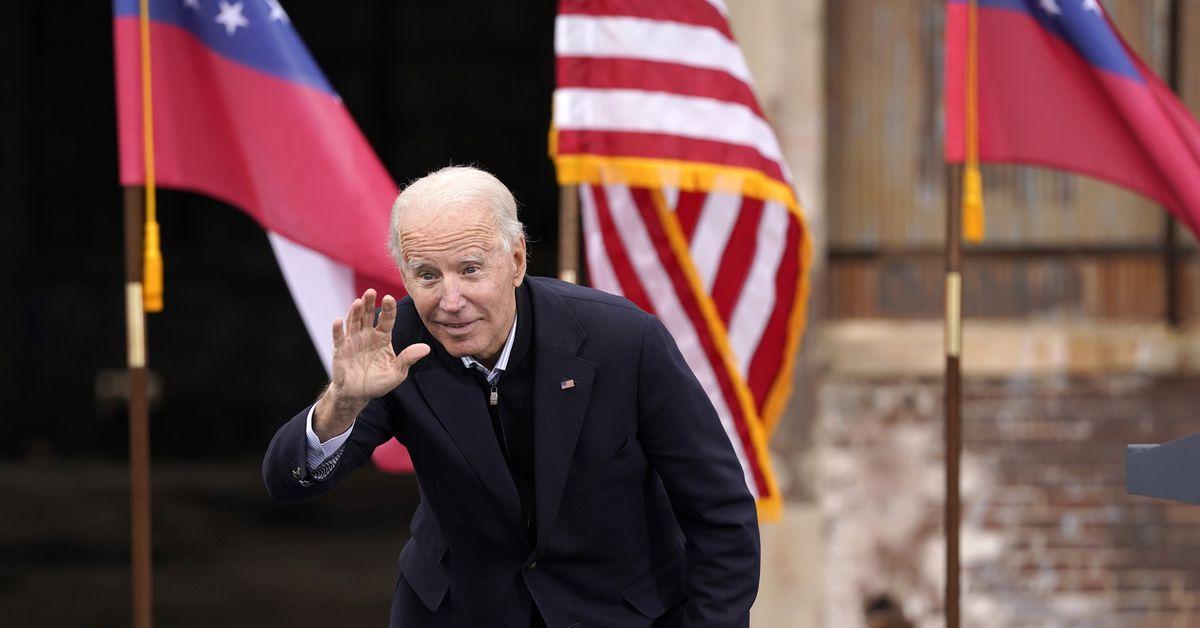 Progressive foreign policy groups advising President-elect Joe Biden’s transition team are planning to send the team a glitzy booklet featuring profiles of 100 people they want serving in the administration — the greatest effort yet by progressives to sway Biden’s handling of global affairs.

During the campaign, left-leaning foreign policy organizations held regular sessions with top members of Biden’s team — including Antony Blinken, who has now been tapped as secretary of state — about how the nominee could pursue a more progressive foreign policy. Their advice included suggestions like reducing the Pentagon’s budget, repealing the 2001 military force authorization that allows the war on terror to persist, and ending support for governments that abuse human rights.

Getting more progressives into the White House, State Department, and other key agencies is seen as a way to ensure their advice turns into action. “Personnel is policy,” as many often say in the nation’s capital, meaning the views and priorities of the people you put in place to craft policy impact policy outcomes. It’s hard to have a progressive foreign policy, the thinking goes, without progressives actually running foreign policy.

Which is why a consortium of progressive foreign policy groups created the digital booklet for Biden’s transition team, a move Politico first reported.

The effort was coordinated by the Center for International Policy’s Yasmine Taeb and Common Defense’s Alex McCoy. They each spent weeks coordinating among various organizations to identify 100 consensus picks to pitch to Biden’s transition team.

The proposed staffers are 65 percent women and people of color, and they come from left-leaning think tanks, activist organizations, and congressional offices.

While the drafters told reporters that none of the people on the list would have corporate ties, a draft booklet showed at least two of them had some affiliation with Goldman Sachs. The final list, they’ve assured me, won’t include those people.

McCoy is confident in the recommendations. “There’s no good reason for the president-elect not to hire all of them,” he told me. Biden now “has a compelling slate of options for staffing the national security agencies. The existence of this slate proves that anyone who claims there is no choice but to rely on personnel with more problematic views in order to staff these agencies with competent experts is wrong.”

“These are people who have a clear track record of commitment to the cause of fulfilling Joe Biden’s campaign promise to end the forever wars,” McCoy continued. “They’re people who have been foresighted about the previous mistakes in US foreign policy, which Joe Biden rightly wants to avoid repeating.”

It’s unclear how many of the people on this list might actually get jobs in the Biden administration or how senior they might be. But two names on the list — Matt Duss, Sen. Bernie Sanders’s national security adviser and a leading progressive foreign policy proponent, and Trita Parsi, a longtime advocate for a softer US approach toward Iran — will likely garner the most attention and controversy.

Duss was specifically recommended to either be the deputy national security adviser, potentially making him one of the top foreign policy officials in the government, or a senior adviser to Blinken at the State Department. Parsi, meanwhile, was put forward as the top National Security Council official for Iran policy, which would put him at the center of major decisions on America’s handling of the Islamic Republic.

Their years-long focus of prioritizing diplomacy toward Iran will surely worry proponents of a harder-line policy both in and out of government. However, the positions Duss and Parsi were recommended for don’t require Senate confirmation, so they would be eligible to serve if Biden wants them to.

Put together, the list of 100 names shows how seriously progressives have taken their effort to influence the Biden administration’s foreign policy. Whether or not the incoming president takes their advice and staffing suggestions could prove an early fault line in the growing intra-left fight over the future of America’s place in the world.