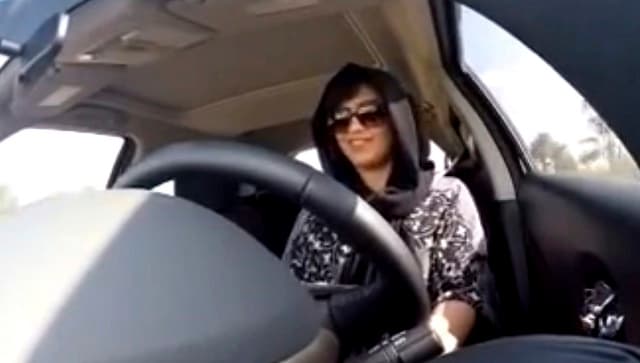 The activist, whose arrest sparked an uproar over the kingdom’s human rights record, pushed for an end a ban on women driving in Saudi Arabia, was arrested in 2018

Dubai: One of Saudi Arabia’s most prominent political activists was released from prison Wednesday, her family said, after serving nearly three years on charges that sparked an international uproar over the kingdom’s human rights record.

Loujain al-Hathloul, who pushed to end a ban on women driving in Saudi Arabia, was arrested in 2018 and sentenced to almost six years in prison last December under a broad counterterrorism law. Held for 1001 days, with time in pre-trial detention and solitary confinement, she was accused of crimes such as agitating for change, using the internet to cause disorder and pursuing a foreign agenda — charges that rights groups describe as politically motivated.

“Loujain is at home!!!!!!” her sister Lina al-Hathloul declared on Twitter alongside a screenshot showing a flushed Loujain beaming on a family video call.

There was no immediate comment from Saudi authorities on her release.

Her release this year was widely expected as the judge suspended two years and 10 months of her sentence and gave her credit for time already served, putting her release date sometime in March.

The release Wednesday, earlier than anticipated, comes as Saudi Arabia faces new scrutiny from the United States, where President Joe Biden has vowed to reassess the US-Saudi partnership and stand up for human rights and democratic principles.

“I have some welcome news that the Saudi government has released a prominent human rights activist,” Biden said in a speech at the Pentagon. “She was a powerful activist for women’s rights and releasing her was the right thing to do.”

Biden had labeled Saudi Arabia a “pariah” on the campaign trial and promised to reverse former President Donald Trump’s policy of giving the country “a blank check to pursue a disastrous set of policies,” including the targeting of female activists.

The harsh crackdown against women who had pressed for the right to drive before the kingdom lifted the ban in mid-2018 came to symbolise the dual strategy of Crown Prince Mohammed bin Salman. The young, ambitious prince has sought to portray himself as a liberalising reformer while also silencing and detaining activists who long had pushed for change.

The United Nations welcomed al-Hathloul’s release but UN spokesman Stephane Dujarric said “it is important that others who are in the same condition as her, who have been jailed for the same reasons as her, also be released and that charges be dropped against them.”

Prince Mohammed cultivated close relations with the Trump administration, which members of Congress say largely shielded the kingdom from censure over its human rights record and instead sought to prioritise lucrative weapons deals.

The suppression of perceived critics and potential rivals has intensified under Prince Mohammed, increasingly attracting international ire since the killing of Saudi critic Jamal Khashoggi inside the Saudi Consulate in Istanbul at the hands of Saudi agents in late 2018.

Although released, al-Hathloul will remain free under strict conditions, her family has said, including a five-year travel ban and three years of probation. “Loujain is at home, but she is not free. The fight is not over,” her sister Lina wrote on Twitter. “I am not fully happy without the release of all political prisoners.”

Many human rights activists applauded al-Hathloul’s release from prison but urged caution amid the remaining restrictions on her freedom.

“If she is not allowed to leave Saudi Arabia, or is forced to remain on probation, there is no reason to believe she will not be arrested again or forced to remain subject to her country’s draconian laws that prevent her from speaking out and demanding her basic rights,” said Abdullah Alaoudh, Gulf research director at Democracy for the Arab World Now, the organisation founded by Khashoggi.

The 31-year-old Saudi activist rocketed to prominence in Saudi Arabia for her criticism of the kingdom’s guardianship system, which bars women from travel without a male relative, and her outspokenness on human rights issues. She was first detained in 2014 for 70 days when, in an act of defiance, she posted a video online of herself attempting to drive from the United Arab Emirates into the kingdom.

From behind bars al-Hathloul launched hunger strikes to protest her prison conditions and joined other female activists in testifying to judges that she was tortured and sexually assaulted by masked men during interrogations. The women reported that they were caned, electrocuted and waterboarded. Some said they were groped and threatened with rape. Saudi Arabia denies that any were mistreated.

Al-Hathloul’s family said that an appeals court Tuesday rejected her claims of torture, citing a lack of evidence. While some activists and their families have been pressured into silence, al-Hathloul’s siblings, who reside in the U.S. and Europe, have launched a high-profile campaign calling for her release.

Al-Hathloul’s release follows that of two dual Saudi-US citizens who had been detained since 2019: Badr al-Ibrahim, a writer and physician, and Salah al-Haidar, the son of a prominent women’s rights activist.

Following intense pressure from Congress, they were both set free, the US Senate Foreign Relations Committee announced last Friday, calling it a “positive, but long overdue step.”

Al-Haidar, who has a family home in Vienna, Virginia, had faced up to 33 years in prison for alleged Twitter posts criticising the Saudi government. The Freedom Initiative, a prisoners’ rights group, stressed that the release of the men was temporary, pending trial on what it described as “unsubstantiated” terrorism charges.