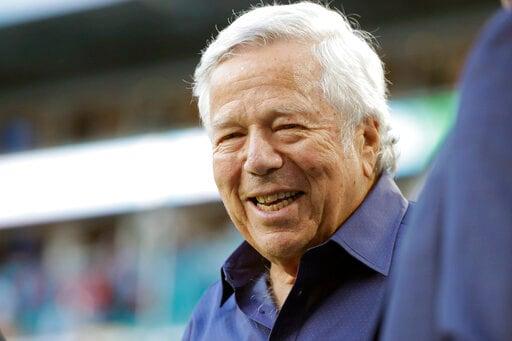 A misdemeanor solicitation charge against Kraft was dropped in September after an appeals court ruled in that video evidence couldn’t be used in the case.

But Palm Beach County State Attorney David Aronberg argues there is still a civil case pending in which the videos could be used as evidence.

The Office of the State Attorney cannot legally or ethically agree to the destruction of evidence relevant to this known, pending litigation, Aronberg said in the court filing.

Kraft’s attorney asked the appeals court judge to order the video be destroyed so it can’t be released to the public.

Police say they recorded Kraft, a widower, paying for sex acts at a Jupiter spa on consecutive days in January 2019. Kraft pleaded not guilty but issued a public apology for his actions.

If not for the pending lawsuit, Aronberg said he doesn’t want the videos.

To be abundantly clear, the Office of the State Attorney has no interest in maintaining possession of, or releasing to the public, any of the surveillance videos through these prosecutions, the filing said.