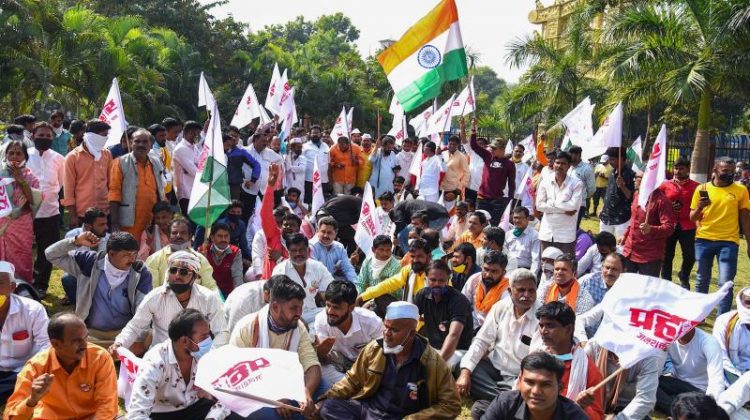 New Delhi: The farmers’ leaders protesting against the Centre’s three agriculture-related laws have decided to write to British political leaders and MPs to ask them to stop Prime Minister Boris Johnson — who has been invited to be the chief guest at next month’s Republic Day celebrations — from travelling to India till their demands are met.

“The UK Prime Minister is scheduled to visit India on January 26. We are writing to British MPs asking them to stop him from visiting India till the time the farmers’ demands are not met by the Indian government,” one of the farmers’ leaders, Kulwant Singh Sandhu, said.

Johnson has accepted India’s invitation to be the chief guest. He will become the second British PM at the event, after John Major in 1993. Johnson has invited India to join the G-7 summit in Britain next year.

The agitating farmers have so far given a sense that they will not accept anything other than a complete rollback of the three laws. The farmers’ leaders on Tuesday decided to take a call on the Centre’s letter inviting them for another round of talks after a meeting on Wednesday.

Meanwhile, at the Singhu border, a group of farmers wrote a letter with their blood to the Prime Minister urging him to immediately repeal the new laws. The letter said: “Good morning Narendra Modi ji, we are writing this letter with our blood. You are the Prime Minister of our country, elected by our votes. By passing these three laws, the farmers have been betrayed. We request you to take back these laws.” Besides the letter, some even wrote messages with their blood, that read: “We reject black laws… take back black laws”.

In a letter to 40 farmers’ leaders on Sunday, agriculture ministry joint secretary Vivek Aggarwal had asked them to specify their concerns over the government’s earlier proposal of amendments in the laws and to choose a convenient date for the next round of talks so that the ongoing agitation could end at the earliest.

Agriculture minister Narendra Singh Tomar said the Centre was ready to continue talks with the protesting farmers, “clause by clause, with an open mind”. Interacting with the foreign media, he said the agriculture sector was the backbone of India’s economy and under the leadership of Prime Minister Modi the focus was on doubling farmers’ income by 2022. The minister also said enacting the reform laws was not an overnight move but had been done after more than two decades of deliberations, suggested by numerous experts and recommendations by various committees.

As the agitation entered the 27th day, a group of farmers showed black flags to Haryana CM Manohar Lal Khattar when his convoy was passing through Ambala city.  Some farmers reportedly tried to block the CM’s convoy, but the police managed to provide safe passage to Mr Khattar.

Khattar had come to Ambala to address public meetings in support of the BJP’s mayoral and ward candidates for the coming civic polls. The farmers waived black flags at the CM’s convoy as it was crossing Agrasen Chowk. They also raised slogans against the government and said they would continue to protest till the three farm laws were not repealed. The farmers had also tried to block the Ambala-Hisar highway.

The ongoing agitation has caused a lot of traffic disruptions in the Delhi-NCR region. Vehicular movement on the Delhi-Meerut expressway was completely halted at around 7.30 am Tuesday as the protesters blocked all its carriageways. The Delhi traffic police used its Twitter handle to update the public about the closure of the carriageways at the Ghazipur-Ghaziabad border. The sudden blockade of the expressway prompted the Delhi and Uttar Pradesh police to divert traffic to alternate borders, such as the ones at Anand Vihar, Bhopra and Apsara.

As the blockade may lead to traffic chaos during morning office hours, officials from the Uttar Pradesh administration and the Delhi police are discussing the reopening of at least one carriageway with the protesting farmers. Those protesting at the UP Gate border have occupied the expressway’s carriageway and service roads going towards Delhi from Ghaziabad since they began their agitation last month.

This is the second time since Monday afternoon that the expressway has been completely blocked by the farmers, who are alleging several farmers from Uttar Pradesh and Uttarakhand were stopped from proceeding to the Delhi borders to join the agitation.

The Singhu and Tikri borders, where thousands are protesting, continue to remain closed while one carriageway at the Chilla (Delhi-Noida link road) border is open for vehicles entering Delhi from Noida. Motorists going to Noida are being diverted to other borders like DND, Kalindi Kunj, New Ashok Nagar, Kondli and Dallupura.