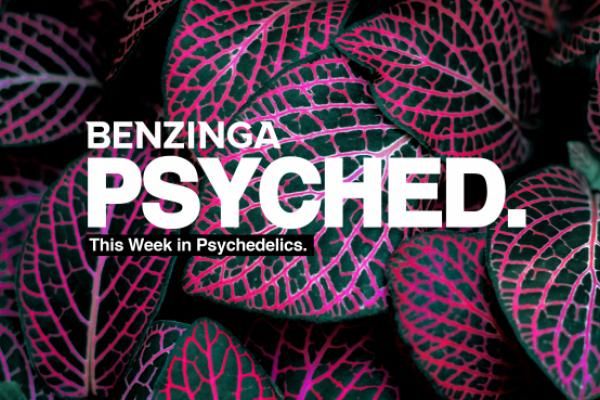 The Horizons Psychedelic Stock Index ETF is now listed on Toronto’s NEO exchange under the symbol ‘PSYK’, and managed by Horizons ETFs Management.

PSYK is a passive ETF, meaning that it’s not actively managed. The ETF follows the North American Psychedelics Index, an index owned and operated by Horizons and Solactive AG, which aims to replicate the performance of North American publicly-listed life sciences companies that are involved in the psychedelics industry.

Horizons’ criteria for choosing members of the index requires companies to be listed on a stock exchange in Canada or in the U.S. and be engaged in research, production or distribution of psychedelic compounds and medicines. Companies must have a minimum market cap of CA$25 million ($19.6 million) to qualify, and remain above the CA$20 million mark.

PSYK is not a pure-play ETF. While most of the companies included in the index are biotech and life science businesses specialized in psychedelics, the ETF also includes some major pharmaceutical companies like Johnson & Johnson and AbbVie, which own ketamine (or analog) products in their portfolios.

Hawaii and Florida Legislators Look To Legalize Psilocybin, Connecticut Joins To The Conversation

A new bill meant to legalize psilocybin treatment was introduced in the Hawaii Senate last Friday.

If approved, SB 738 would mandate the state Department of Health to set up treatment centers for the therapeutic administration of psilocybin and psilocin, Marijuana Moment reported.

Over one year ago, State Rep. Lee and State Sen. Les Ihara Jr. introduced a set of resolutions aimed at forming a Medicinal Psilocybin Working Group. The group’s goal was to study the medicinal applications of psilocybin in order to ensure its availability for adult patients.

While the resolutions were never approved, Sen. Ihara, along with Sens. Stanley Chang, Laura Clint Acasio, and Maile Shimabukuro are now pushing the conversation on psilocybin legalization even further.

In Florida, Rep. Michael Grieco introduced a bill relating to the use of psilocybin for mental health treatment to the House on Thursday (h/t Marijuana Moment).

The bill intends to establish a legal framework for the execution of a psilocybin program in the Sunshine State. If approved, the bill would require the state’s Department of Health to regulate access to psilocybin at state-licensed facilities, as well as to create an advisory board to assist in the law’s regulation.

The resolution also addresses the decriminalization of all entheogenic plants and fungi, including psilocybin, DMT and mescaline when found in natural sources.

Lawmakers in Connecticut are also ready to get the conversation going on psilocybin. A House Bill was introduced this week, with the goal of establishing a task force to study the health benefits of the drug.

The partnership will help advance the hospital’s Center for Neuroscience of Psychedelics, a recently-launched center focused on studying the mechanisms behind the therapeutic effects of psychedelics, with the aims of developing novel mental health treatments.

The company closed a 5 million series C round in late November, and is expected to make a debut on the NASDAQ in the near future, but no official confirmation has been issued yet

The proceeds will be used to begin preclinical and clinical work on the use of psychedelics to treat traumatic brain injury (TBI), a condition commonly suffered by professional players of contact sports and martial arts.

The raise was led by The Conscious Fund and Ambria Capital, LLC.

“As someone who has personally suffered from the debilitating repercussions of repeated trauma to the brain, I know firsthand that mental healthcare in our society is greatly lacking due to poor treatment options. Our focus is on removing the stigma that exists around neurological disorders and advancing psychedelic-based therapies that will allow people to retake control of their health and overcome their trauma,” said Carcillo.

Psyence Group Inc. has become the latest psychedelics company to go public via a reverse takeover.

The company debuted in the Canadian Securities Exchange on Wednesday under the symbol ‘PSYG.’

Psyence closed a private placement for CA$ 2.17 million ($1.69 million) before going public, adding up to a total of CA$9.3 million ($7.3 million) raised since its inception.

The company owns and operates a licensed GMP psilocybin cultivation and production facility, and is on track to developing medicinal formulations as well as non-psychedelic wellness products and a set of psychedelics retreats in Jamaica and Southern Africa.

Field Trip Health (CSE: FTRP)(OTCQX: FTRPF) announced the opening of its fifth U.S. clinic in the city of Atlanta, Georgia. The clinic will offer ketamine-assisted treatment as the country awaits the legalization of other psychedelic molecules. Field Trip also announced being upgraded to OTCQX from the PINK market on Thursday.

The company will make use of its new facility to support operations of its non-psychedelic natural health product line.

The one-year long Phase 1 study intends to understand the qualitative effects of combining both drugs, against the effect of MDMA or LSD on their own, and a placebo control group.

The company is proposing that MDMA, in combination with LSD, can help reduce some of the latter’s possible unpleasant effects.

© 2021 Benzinga.com. Benzinga does not provide investment advice. All rights reserved.

Back to Top
Close Add post
X
Hedge fund Melvin sustains 53% loss after Reddit onslaught…BusinessMelvin Capital, the hedge fund that was wrongfooted by retail traders who drove up shares in GameStop and other companies it had bet against, lost 53 …

X
Matt Maddox: a swift but painful overhaul of Wynn Resorts…BusinessThere have been, by Matt Maddox’s reckoning, “three or four months of bliss” since he became chief executive of Wynn Resorts. Aside from that respite …
close