Home EntertainmentBollywood Pulkit Samrat gets a love-soaked wish from girlfriend Kriti Kharbanda on his birthday: ‘There’s no one like you’, see pic

Pulkit Samrat gets a love-soaked wish from girlfriend Kriti Kharbanda on his birthday: ‘There’s no one like you’, see pic 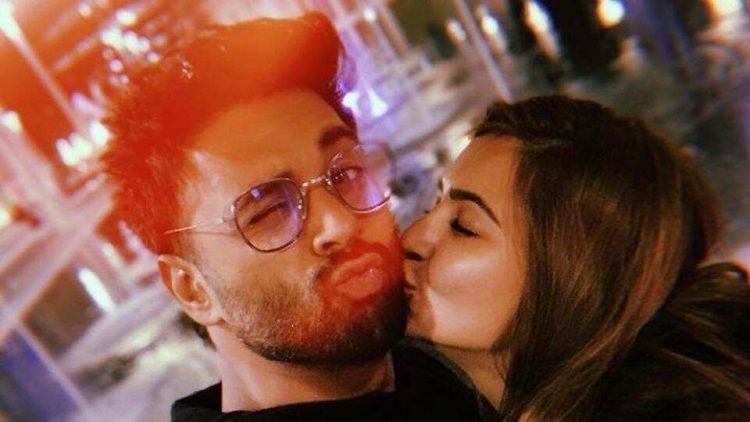 Actor Kriti Kharbanda took to Instagram to wish boyfriend Pulkit Samrat on his birthday on Tuesday. “Happy birthday baby. As you turn a year younger, I just have one thing to say, you are one in a billion, there’s no one like you, and there never will be @pulkitsamrat. I love you,” she wrote with a photo of the two of them where she is seen kissing Pulkit.

The two actors, who worked together in Veerey Ki Wedding, Pagalpanti and the recently-released Taish, have been dating for over a year now. They spent the lockdown together and often share love-filled posts on social media.

Talking about their time together during the lockdown, Pulkit had said during an interview, “We keep doing something or the other from solving puzzles to playing the guitar or piano. There are interesting games like we put a popular show on TV and put it on mute and turn by turn, say the dialogues, whoever makes mistakes gets a fun punishment. There’s good food, music in the background and in dim lights we spend some quality time. It’s quite fun.”

Kriti, meanwhile, called him a “very real person” and added, “I admire the fact that he’s true to himself and can be a brand-ambassador for self love.” She however, turned down all speculations about an impending wedding. She said, “We’ve just been dating for a year-and-a-half now and haven’t discussed marriage nor do we plan to do it anytime soon. We’re focusing on our respective careers right now. Marriage is a distant dream,” she says.

Compromised my body a lot during the lockdown. Ate not too clean. Slept not too well. Hit the gym not too often. Body has a tendency to give you second chances. You got to listen to your body. This is my second chance to treat my body like a temple. Not gonna compromise from now on. We got to hit it hard and be consistent. Consistency is the key. So I made a promise to myself. Gonna eat clean, gonna be consistent, gonna practice oneness along with those hard grilling hours with the metal bars in the gym!” Pulkit posted in Instagram on Monday.