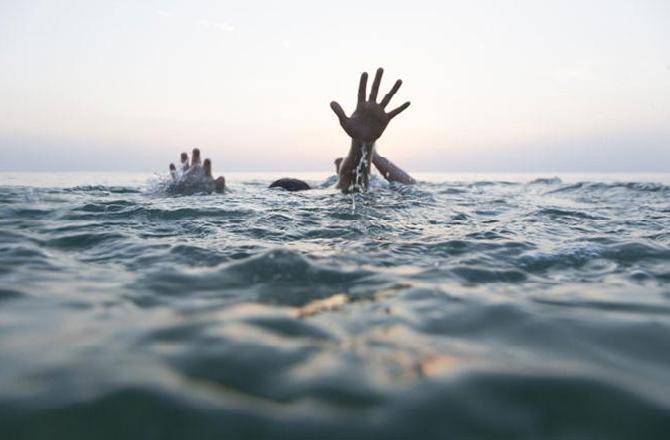 Tragedy struck a group of picnickers from Pune when six of them drowned in the Arabian Sea off Anjarle Beach, while three were rescued by locals, here on Friday, police said.

The incident occurred around 11.30 this morning when a 14-strong group from Pune went to the picturesque Anjarle Beach in the coastal Konkan region.

“The tourists had come here for a picnic and some of them entered the sea water. After some time, six of them raised an alarm for help, alerting the others who called for help,” Dapoli Police Station head Rajendra Patil told mediaperons.

The local villagers rushed to the spot and rescued three of them, while three others were missing, but their bodies were recovered several hours later in the afternoon.

They have been identified as Manoh Gawande, 24, Vikas Shrivastava, 25, and Akshay Rakhalkar, 35, all hailing from Aundh in Pune, said Patil.

The rescued trio has been admitted to a local hospital for treatment where their condition was stable, while the families of the victims have been contacted in Pune.

Locals say that since the easing of the Covid-19 pandemic lockdown restrictions after over nine months, tourists are gradually returning to hotspots like the famed beaches in Palghar, Thane, Raigad, Ratnagiri and Sindhudurg, besides popular hillstations in the Western Ghats such as Mahabaleshwar, Panchgani, Matheran, Igatpuri, etc.