Pune: Toor growers stare at season with prices below MSP 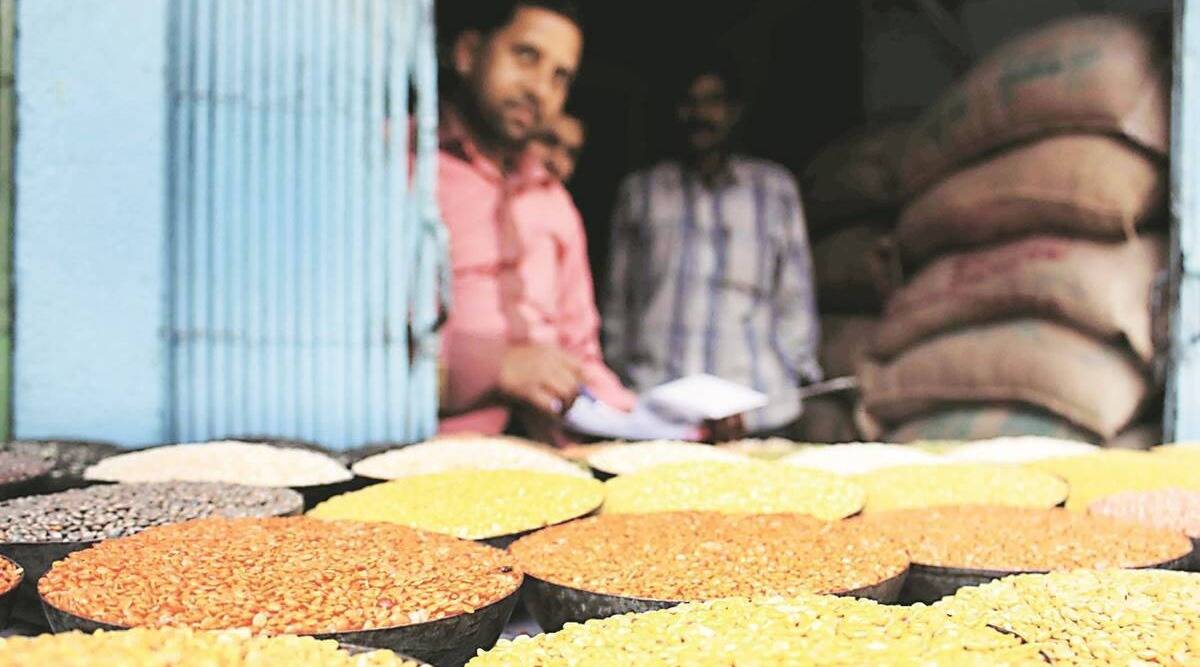 Even before the crop has hit the market, wholesale prices have gone below MSP. (Representational)

VILAS UPHADE, director of Vikas Agro farmer producer company (FPC) at Takli village in Latur district has been inundated with calls from toor growers since the end of November, asking as to when the government procurement of pulse grain will begin. “Farmers are scared as harvest has started but dal millers in Latur are quoting prices below MSP (minimum support price) of Rs 6,000 per quintal,” he said.

Uphade said traders in Latur’s wholesale market — the largest market for pulses in the country — were blaming “unstable” government policies for this year’s price trend. “The central government is trying to pacify protesting farmers in Delhi about their right to MSP, but this is directly affecting our chances in Latur. This does not make sense,” he said.

Continuation of the present MSP-based government procurement system is one of the main demands of protesting farmers from Punjab and Haryana camping outside the national capital. While the government continues to reassure farmers, its actions have resulted in despair among toor growers in Maharashtra and Karnataka. Even before the crop has hit the market, wholesale prices have gone below MSP.

At Latur’s wholesale markets, traders offer an explanation for this fear. “Just about a month or so ago, ex mill prices of the pulse were around Rs 7,500 per quintal as against government-notified MSP of Rs 6,000. Reports of crop damage in North Karanataka came in so prices were expected to be above MSP once arrivals start after December,” said Nitin Kalantri, one of the leading dal millers and traders. But two major market interventions saw prices going down, which has now ruled out MSP for farmers.

The first was the extension of the cut-off date for importing 4 lakh tonnes of toor to December 31, instead of November 15. “This did not make sense, as by the end of December arrivals in Karnataka would have started. Domestic prices would certainly be affected,” he said.

Dal millers said the imports that land mainly from African countries and Myanmar could not be done in the stipulated time period due to problems with logistics. The landed cost of toor from Myanmar is around Rs 5,700 per quintal while that from Tanzania is around Rs 4,500. “Availability of cheap imports so close to the domestic arrival will push prices down,” he said. Ex mill price of toor dal in Latur is around Rs 92 to Rs 95 per kg.

Market sources also said National Agricultural Cooperative Marketing Federation (NAFED) was busy offloading its stock of toor procured right at the time when new arrivals were expected to hit the market. “NAFED’s selling price is well below the MSP and, earlier this week, it sealed a deal at a price as low as Rs 5,100 per quintal. How can farmers expect MSP when a cheaper alternative is available in the market?” asked a Latur-based trader. Sources said NAFED had around 6.5 lakh tonnes of toor lying in its godowns.

All this comes at a time when farmers have increased their toor acreage from 44.55 lakh hectares last year to 47.10 lakh hectares this year. Barring reports of crop damage due to unseasonal rain in North Karnataka, the crop condition is expected to be good with farmers in Latur talking about a bumper yield this year.

Activist Vijay Jawandiya blamed the central government for the present state of affairs. “As soon as the price of toor touched Rs 8,000, they increased the time period of import and decreased the import duty on other pulses. But when all indications are there that prices will collapse, they are conspicuous by their absence,” he said.