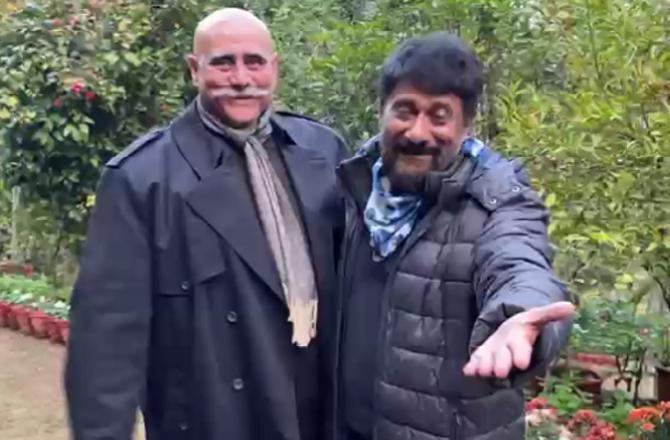 Filmmaker Vivek Agnihotri has sacked actor Yograj Singh from ‘The Kashmir Files’ over a controversial speech made by him on the farmers’ protests. Singh has been replaced by Puneet Issar in the important role. The actor stepped aboard overnight.

According to sources, “A day before the shooting of the film, director Vivek Agnihotri received actor Yograj Singh’s video of the blasphemous speech and Agnihotri was shocked. He couldn’t tolerate someone slamming women and to make it worse, Singh tried to create a hateful decisive narrative. At that moment he decided Yograj cannot be part of ‘The Kashmir Files’. He had sent Yograj an official termination letter due to which the director suffered a big financial loss. To avoid losing time, Agnihotri made a last minute call to Puneet Issar and asked him to step aboard.”

Veteran actor Puneet Issar stated, “I am very glad that I got this golden opportunity to work with Vivek Agnihotri in his movie. I admire all his films because his films contain a strong purpose and also expose the truth in front of people. I really admired his film ‘Tashkent Files’ which was beyond words. His movie ‘The Kashmir Files’ will be more powerful than previous movies. I feel very blessed that I got an opportunity to play a nationalist, a DGP’s character in the movie. I would like to thank Agnihotri for giving me a chance to prove myself.”

Following the critical acclaim of Agnihotri’s ‘Tashkent Files’ in April 2019, the filmmaker believes ‘The Kashmir Files’ is a small step towards letting the world, especially his countrymen, know about the plight of Kashmiri Hindus. Featuring Anupam Kher in a pivotal role, ‘The Kashmir Files’ is slated to release in 2021.