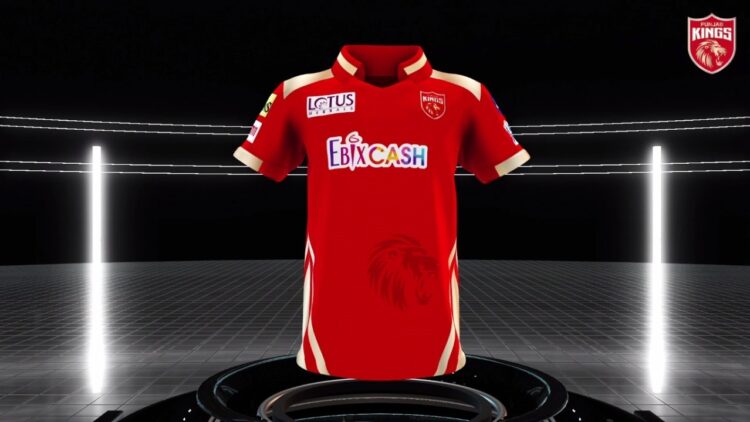 The Punjab Kings have revealed their brand new jersey for the upcoming IPL 2021 season. The franchise this year has given their side a complete makeover from their new name to the official jersey. Last year Punjab Kings were known as Kings XI Punjab but the franchise decided to change it to Punjab Kings as the team is more than 11 players on the field. Now ahead of the new season Punjab Kings in a cinematic fashion gave the first glimpse of their jersey.

The jersey is quite similar to what RCB used to have in the initial seasons of the IPL. Muck like before the obvious colour of the jersey has been kept red with a tinge of gold on the sides and the reflection of a Lion on the front of the jersey. The name and numbers of players will also be written in golden which is a change to last year jersey of the franchise.

Almost every franchise is giving their jerseys a twist and releasing them for all their fans to build the excitement of the upcoming IPL 2021 season. The Punjab Kings last year peaked in the second half of the tournament but still fell a few points short to qualify for the all-important playoffs. This year the franchise in the auction have tried to strengthen their bowling attack which disappointed in the crucial stages in the last season.

Meanwhile, Punjab Kings will be hoping that this year they start the season with a bang and are able to qualify in the top 4 after the league stages. They will be again led by KL Rahul who last year finished as the leading run-scorer when the tournament was held in the United Arab Emirates.

Coming back to the jersey, Punjab Kings on the official Instagram and Twitter accounts posted a video and gave their fans the first glimpse of their IPL 2021 jersey.

Also Read: Pat Cummins And His Fiancee Buy A Luxurious Villa In Sydney Worth $9.5 Million