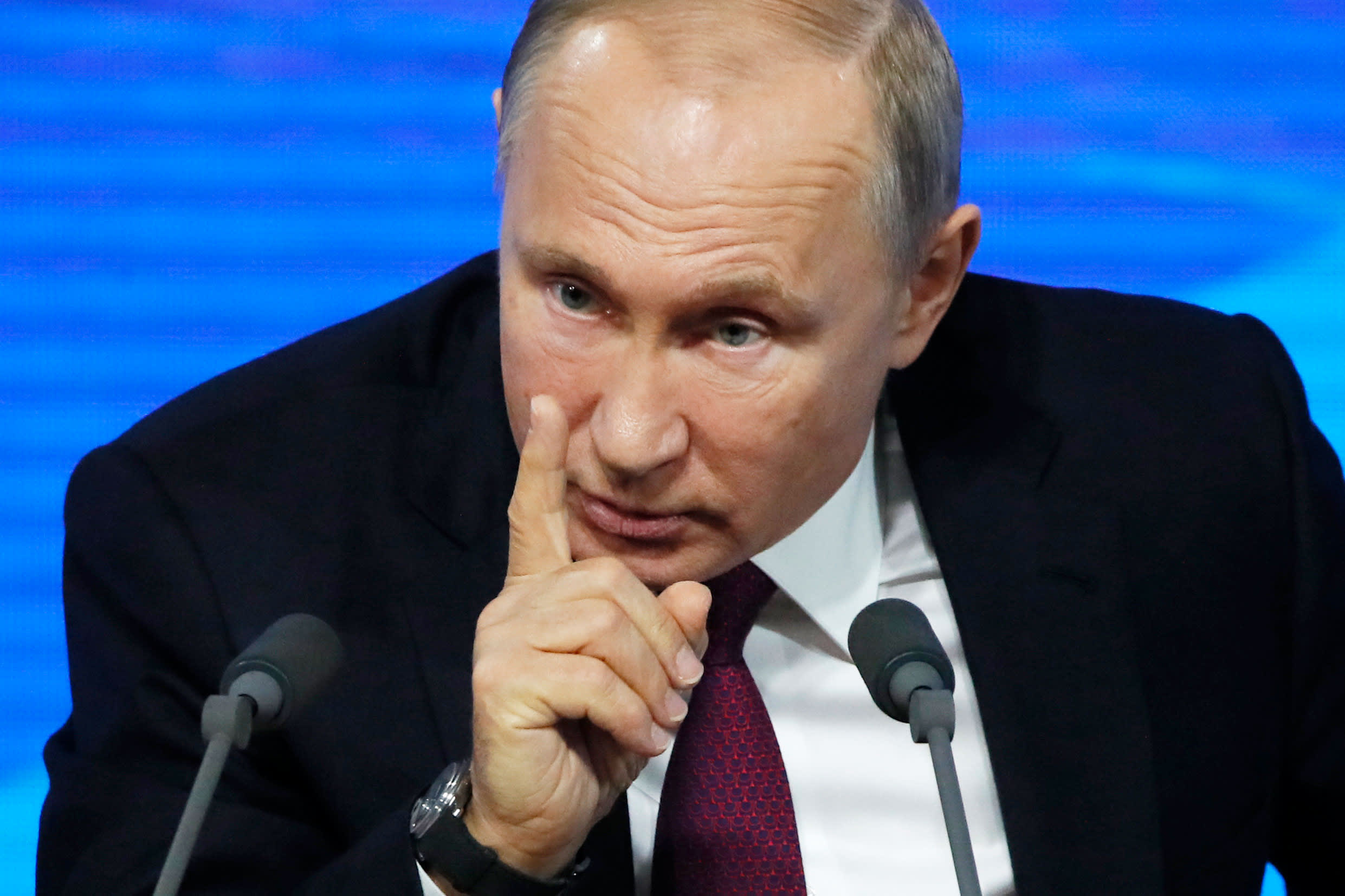 LONDON — President Vladimir Putin warned Wednesday that the coronavirus pandemic has exacerbated pre-existing imbalances and tensions in the world, and that these could deteriorate to a point where there is a fight of “all against all.”

“The coronavirus pandemic has become a major challenge to mankind, and it has accelerated structural changes, the pre-conditions for which were already in place,” he said at a virtual meeting of the World Economic Forum.

“We have every reason to believe that the tensions might be aggravated even further,” Putin warned, citing experts that had likened the current state of global affairs to the 1920s and 1930s and that parallels could be drawn between then and now when it came to the scale and scope of what he called systemic “challenges and potential threats.”

“All of this cannot but impact international relations, making them less stable and predictable,” he said, according to a translation.

“In the 20th century, the failure and inability to centrally resolve such issues resulted in the catastrophic World War II. Of course, nowadays such a heated conflict is not possible, I hope that it’s not possible in principle, because it would mean the end of our civilization. But I would like to reiterate, that the situation might develop unpredictably and uncontrollably if we will sit on our hands doing nothing to avoid it. And there is a possibility that we may experience an actual collapse of global development that might result in a fight of all against all.”

Putin, whose appearance at the Davos Agenda summit was not flagged up on the pre-conference schedule, added that such a fight, he said, would mean not only the “destruction of traditional values” but also of fundamental freedoms. A common responsibility today was to avoid such a dystopic future, he added.

2020 was been a year dominated by the pandemic, but political movements and events have also come to the fore, from Black Lives Matter protests to the U.S. election in November that saw American voters more polarized than ever, which culminated in pro-Trump supporters marching on the U.S. Capitol earlier this month.

Putin’s appearance at the summit, which usually takes place in the ski resort of Davos, Switzerland, and attracts global leaders from the political and business world, is contentious. Klaus Schwab, founder and executive chairman of the WEF, introduced Putin by saying that Russia was a long-standing participant in the forum, and it was important that constructive dialog continued in times of dispute and difference.

There is increasing unrest in Russia over the continued detention of opposition leader and Putin critic Alexei Navalny, who was arrested as soon as he returned to Russia earlier this month after being treated in Germany following a Novichok nerve agent poisoning. Navalny claims Putin ordered the attempt on his life; the president denies any involvement.

Western nations are considering further sanctions on Russia as a result of the detention. It is already operating under restrictions due to its annexation of Crimea from Ukraine in 2014, 2016 U.S. election meddling and 2018 nerve agent poisoning in the U.K. — it denies the latter two despite overwhelming evidence.

On Tuesday, the foreign ministers of the G-7 nations (Canada, France, Germany, Italy, Japan, the U.K., U.S.) and the EU issued a statement condemning the arrest and detention of Navalny, and of protestors who demonstrated last weekend against the arrest, which was widely seen as politically motivated.

“We the G-7 Foreign Ministers call upon the Russian authorities for Mr Navalny’s immediate and unconditional release.  Russia is bound by its national and international obligations to respect and ensure human rights,” they said.

Russia used to be a member of the group, the Group of Eight, until it was suspended from the group in 2014 for its annexation of Crimea. It has not been permanently excluded, however.

The world is now watching how Russia and the U.S.’ relationship evolves under U.S. President Joe Biden. The leaders had a phone call on Tuesday following both countries’ agreement to extend their current nuclear arms pact, the New START treaty, for another five years.

In a statement, the White House said the call consisted on discussions on the treaty and that the leaders “agreed to explore strategic stability discussions on a range of arms control and emerging security issues.”

The White House added that Biden reaffirmed the United States’ “firm support” for Ukraine’s sovereignty and raised other matters of concern, “including the SolarWinds hack, reports of Russia placing bounties on United States soldiers in Afghanistan, interference in the 2020 United States election, and the poisoning of Alexei Navalny.”

Biden made clear that the United States will act firmly in defense of its national interests in response to actions by Russia that harm the country or its allies.

For its part, the Kremlin said Putin had noted that a “normalization of relations between Russia and the U.S. would meet the interests of both countries and, considering their special responsibility for maintaining global security and stability, of the entire international community.”

The leaders “discussed vital bilateral and international issues as well as opportunities to cooperate in countering such serious problems as the coronavirus pandemic, and in other areas, including trade and the economy,” it added.

X
AstraZeneca pulls out of vaccine delivery talks: EU official…WorldOn January 25, the EU threatened to impose tight export controls within days on COVID-19 vaccines made in the bloc. AstraZeneca has pulled out of meet…
close