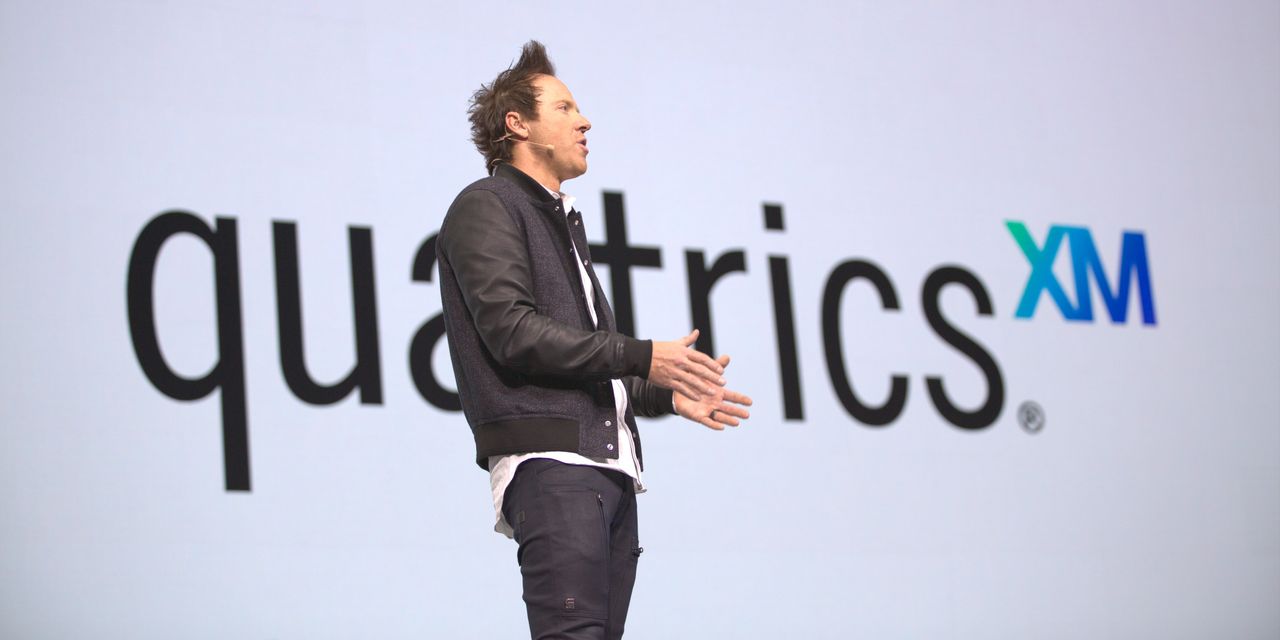 Qualtrics International Inc. burst out of the gate in its public debut Thursday, opening 39.5% above its initial public offering price, at $41.85, on the Nasdaq exchange.

The enterprise-software spinoff of SAP
SAP,
,
newly anointed under the ticker
XM,
,
priced late Wednesday at $30 a share, above the expected range of between $27 and $29 a share.

At its opening stock price, Qualtrics’s market capitalization was $21.07 billion.

“It’s been an interesting journey: To go from being sold in a record $8 billion deal to SAP three days before we were to go public [in 2018] to this is incredible,” Qualtrics co-founder Ryan Smith told MarketWatch in a phone interview shortly before the first trade at 1:55 p.m. ET.

Read more: 5 things to know as Qualtrics prepares for its IPO this week

Smith, who bought a majority stake of the NBA’s Utah Jazz for $1.66 billion in October, started Qualtrics with his brother, Jared, and father, Scott, in 2002. “SAP hooked us up for one-and-a-half, two years, to take our company and product everywhere, and let us run it independently with the same management team. This is really unusual,” he said.

“To be in this spot [going public as Utah’s latest tech success story], so many things had to go right,” Smith said. “Incredible.”

Back to Top
Close Add post
X
Vacations may bounce back this year while business trips are off, report finds…Businessmartin-dm | E+ | Getty ImagesVacations may be back on Americans' calendars later this year — especially if vaccines help suppress the Covid-19 pandemi…

Qualtrics IPO, a spinoff of SAP, pops 39% in debut

X
Walmart enlists The Trade Desk as it plots big growth for its ads business…BusinessA shopper who refused to wear a mask is seen leaving a Walmart store in Bradford, Pennsylvania, U.S. July 20, 2020.Brendan McDermid | ReutersWalmart i…
close