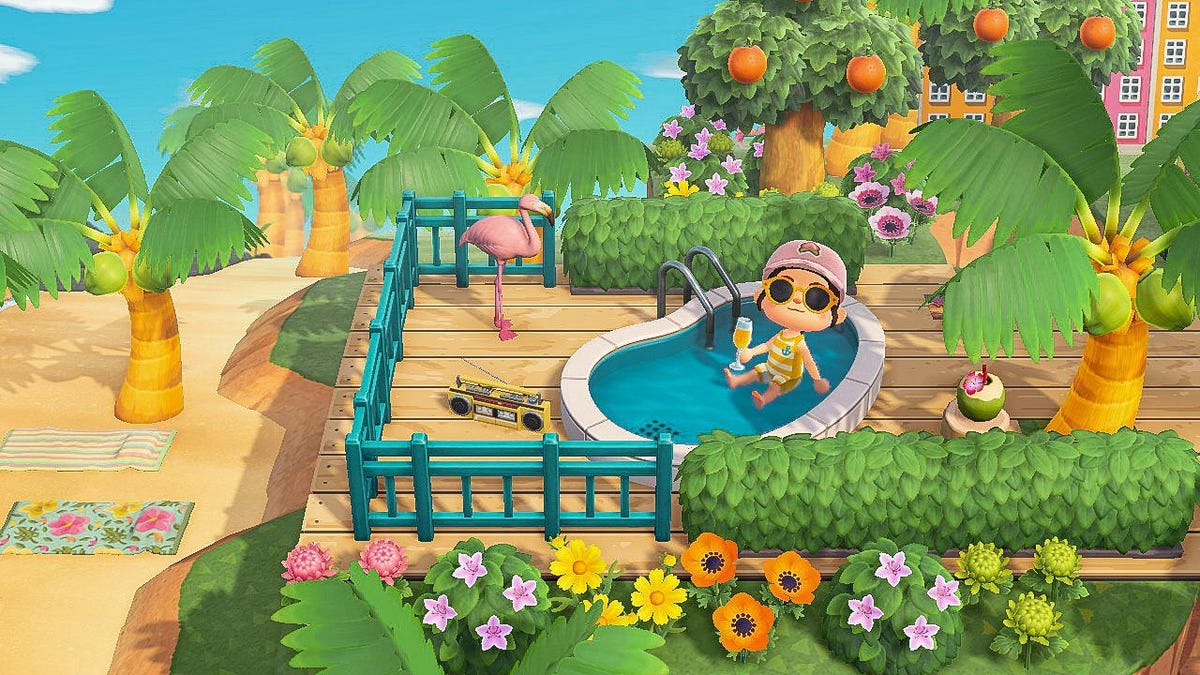 Animal Crossing New Horizons players just discovered a new glitch that lets them climb inside different objects, including pools and bathtubs. The glitch quickly grew popular and many players are asking Nintendo to leave it in the game.

The most common use of the new glitch is to relax in the many inviting-looking pools that have been in the game since launch. What may be the most surprising thing about this glitch is how good it looks once activated. You’d expect weird clipping or broken animations. But instead, it just looks pretty much perfect, as if Nintendo had patched in the ability to enter some objects you couldn’t previously sit in or interact with. (It has not.)

This new trick also lets you crawl into just about any object you want. Some players are using the glitch to create creepy images of their villager coming out of a haunted well, or to just stick their character in random objects.

The glitch seems to have been discovered earlier this month and videos teaching folks how to pull it off spread on TikTok, YouTube, and elsewhere. The glitch is fairly simple to perform. You need a flat object. Place this object, like a puzzle, near the edge of a rounded corner. Use a ladder to climb up to the object, then walk into the tub or pool. And that’s it! You can emote and hang out for as long as you desire, alone or with friends.

The glitch is seen by many players as a useful way to create better-looking screenshots and videos. It also provides more ways to interact with the in-game items, something Animal Crossing has always lacked. As a result of how useful it is, players are asking Nintendo to leave the glitch in the game or to add in the ability to interact with pools and tubs in a similar fashion without a trick.

However, knowing Nintendo this won’t happen. Enjoy your pools while you can!