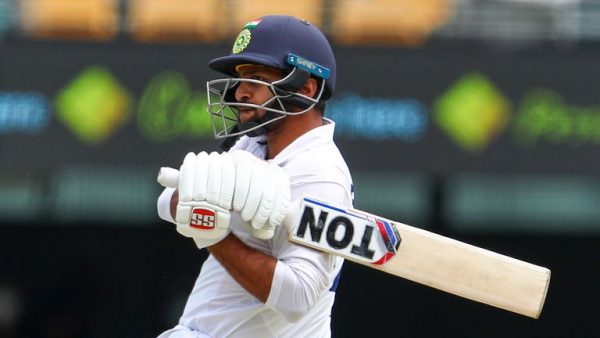 Incidentally, Shardul made his Test debut against the West Indies back in October 2018. However, what should have been a momentous occasion soon turned into a nightmare as he pulled his hamstring 10 balls into his spell. He was sidelined for two years before another opportunity beckoned ahead of the fourth Test after Jasprit Bumrah failed to recover from his injury.

However, Shardul Thakur grabbed the opportunity with both hands. Along with picking seven wickets in the Test match, he was India’s highest run-scorer in the first innings and shared a crucial 123-run partnership with debutant Washington Sundar. He came out to bat when India were struggling at 186 for six and bailed his side out of danger.

His knock of 67 runs included 9 fours and 2 massive sixes and came at a strike-rate of 58.26. His elegant shots – back-foot punch, cover drives earned applauds from all corners. Speaking on the same lines, India’s fielding coach R Sridhar revealed Shardul Thakur’s hilarious new nickname, which he earned after his batting skills displayed in the Brisbane Test.

During a candid chat with Ravichandran Ashwin, for the spinner’s YouTube channel, R Sridhar and Ashwin shared various interesting episodes from the India-Australia Test series and also revealed Shardul’s new nickname after seeing his flawless drives and flicks.

“We have a new nickname for him: Shardulkar. After Tendulkar, we have Shardulkar playing those cover drives,” Sridhar said while in conversation with Ashwin.

Meanwhile, with the Aussie series done and dusted, Shardul Thakur will have his eyes set on the forthcoming England series which starts from February 5. He will look to make a strong contribution if any opportunities come his way in the upcoming four-match series.