Home TechnologyGaming Racing Game Mechanics that do not make any sense 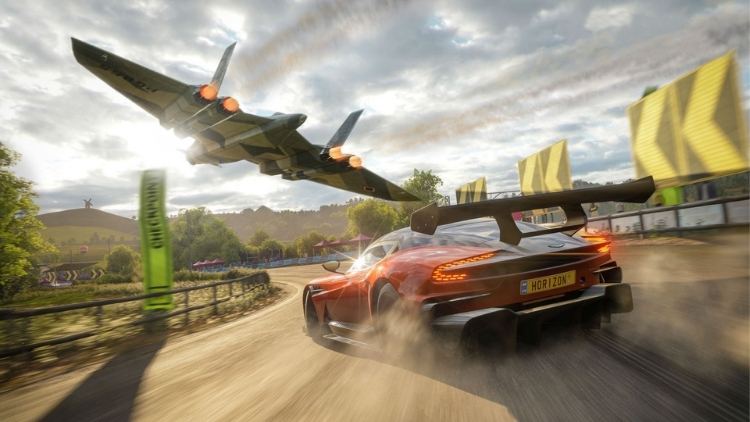 Racing games are fun to play. And players even compete on PvP races or leaderboards. But we all have been there, thinking how senseless some game mechanics seem. Here are few Racing Game Mechanics that do not make any sense.

We all lose control of our car while going top speed or trying to drift or perform other skills. And when we lose control, we crash the car. Even with dents all over the car including the door, the door still seems sturdy. Moreover, shows no sign being opened even a little or come out after a huge crash.

Surely, this is because racing games do not need car doors to be opened or closed. Since, all our activities are to be done while driving. Whether it be racing, exploring or stunts. But still feels pretty weird to look at.

Doors are one thing. But glasses are overboard. They crack, they are on the brink of breaking, but they do not. Crash your car at 200 miles per hour, the glasses are still intact. They may look compromised, but you know they are never going to break. Even once.

Police? More like suicide squad. The most ridiculous and mind-boggling police chase are either in GTA or open world racing games. The police slam their car on your ride, jump off a cliff with you or hit you upfront. Both you and police just continue with the chase as if it was some minor incident. Police chase in racing games are brutal and senseless.

Ever had a perfect race where you are in first place for most of the race. And suddenly, a random NPC vehicle either shows up in the intersection or takes a turn which directly blocks your path.

Frustrating, right? It makes no sense. Why would you purposely put yourself in the path of a speeding vehicle, when it endangers you.

Yes, we understand the game does it to raise the difficulty level. But seems senseless and sometimes even rage inducing when it happens.

Travel in 200 miles per hour in a Bugatti or a BMW. 200 mph is 200 mph. But the game developers seem to have their own sense of speed. In different game the speed feels different. In some game, 200mph may seem fast in other it feels slow. The trail, blur, and the movement changes with each game.

Switching for game to game, let’s say playing Forza Horizon after Need for Speed, feels weird. Especially, when your car feels like it should go faster or slower at a certain speed but does not. This issue sometimes also persists in different games from same developer for same franchise as well.

These are the reasons why this senseless mechanic tops the list.

This was one of your most well written and logical blog! It deserves a few minutes of applause.