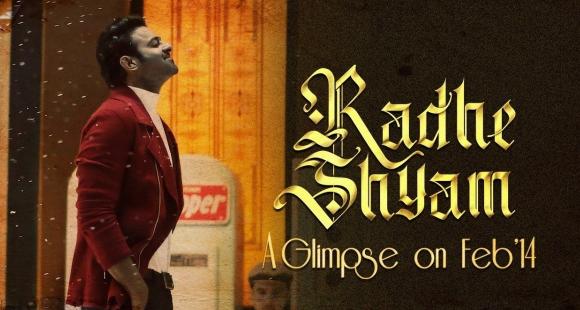 Radhe Shyam is touted to be a period drama with Prabhas and Pooja Hegde as the lead actors.

In what came as a treat to the fans of Prabhas, the makers of his upcoming film Radhe Shyam have released a short pre teaser of the film which shows glimpse of Prabhas from the most anticipated film. The teaser starts with Prabhas’ look from Baahubali and Saaho after which he is shown walking down a lane on an evening during a mild snowfall. He can be seen thinking about something and smiling to himself.

As soon as the pre teaser came up, fans took to the comments section and expressed how impressed they are with the change over of the Rebel Star. The pre teaser came as the much needed treat to the fans as they are waiting with batted breath to know more updates from the makers about the film. Sharing the teaser, the makers wrote on Twitter that the teaser will be released on February 14.

They wrote on the micro blogging website, “Get ready for the biggest love announcement of the decade! 14th Feb, save the date”. Radheshyam is directed by Jil fame Radhe Krishna Kumar. The film features Prabhas and Pooja Hegde in the lead roles, while Sachin Khedakar, Priyadarshi, Bhagyashree, Murali Sharma in pivotal roles. Music for the magnum opus will be composed by Justin Prabhakaran. A motion poster featuring love stories of different eras ending with the leading pair was released by the makers on Prabhas’ birthday, which created a huge buzz on social media.