Benitez had one more season left on his estimated 12-million-pound-a-year ($16 million) contract at Dalian, in China’s northeast. 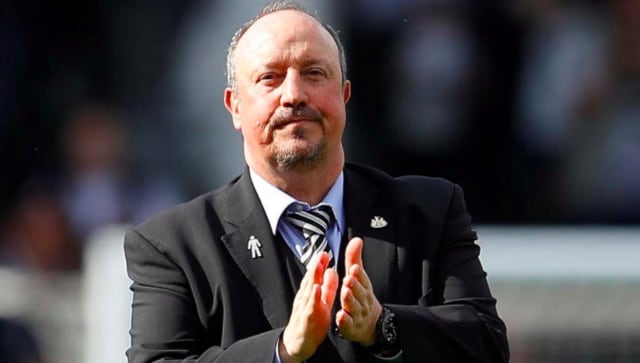 Shanghai: Rafa Benitez abruptly left as coach of Chinese Super League (CSL) side Dalian Pro on Saturday, saying it was for family reasons because of the coronavirus pandemic.

The 60-year-old Spaniard, who took Liverpool to Champions League glory in 2005, had been in charge of Dalian since July 2019.

“Unfortunately, like so many things in the last year, COVID-19 has changed our lives and our projects,” the former Liverpool, Real Madrid, Inter Milan, Napoli and Chelsea boss wrote on his website.

“From today, both my coaching staff and I will sadly no longer be coaching the Dalian Professional F. C.

“It has been an incredible experience and for this I would like to thank all my staff, coaches, medical and club staff, as well as our players.

“Their commitment to us in the first place, their support during the time we were there, and their effort has been magnificent.

“The pandemic is still here, for all of us, and supporting our families has been a priority when making this decision.”

Benitez had one more season left on his estimated 12-million-pound-a-year ($16 million) contract at Dalian, in China’s northeast.

British media immediately linked the Spaniard, who is based in Britain, with a return to the Premier League and Newcastle United, where he was widely liked by fans but left as manager in June 2019 at the end of his contract.

His replacement Steve Bruce has failed to win over Newcastle fans and the team are 15th and on a poor run of form.

Benitez took Dalian, a fallen giant of Chinese football, to ninth of 16 CSL teams in his first season.

Last season, in a campaign which was badly disrupted by the coronavirus pandemic, they struggled badly at the start and looked in danger at one point of relegation.

In the end, Benitez comfortably kept them up but he made no attempt to hide his displeasure at the way the CSL was reorganised because of the pandemic.

All CSL players and staff were kept in a virus-secure “bubble” which meant they did not see their families for more than two months in the first stage.

League placings were then decided by two-legged matches with Dalian ending below mid-table.

In November, after ensuring Dalian’s place in next season’s CSL — which begins in the spring — Benitez said the virus-revamped league made “no sense”.

“This season, with the format of the competition, it doesn’t matter where you finish, so it’s just so strange that I don’t care,” he said.

Benitez often explained Dalian’s lowly position by saying his was the youngest squad in the CSL.

Penning his farewell, Benitez wrote: “Behind us, in China, and especially in Dalian, we are leaving many friends and good memories in a great city with very knowledgable fans.

“We have tried to learn and understand a new culture and also to transmit a more professional, more European vision of football with a new methodology.”