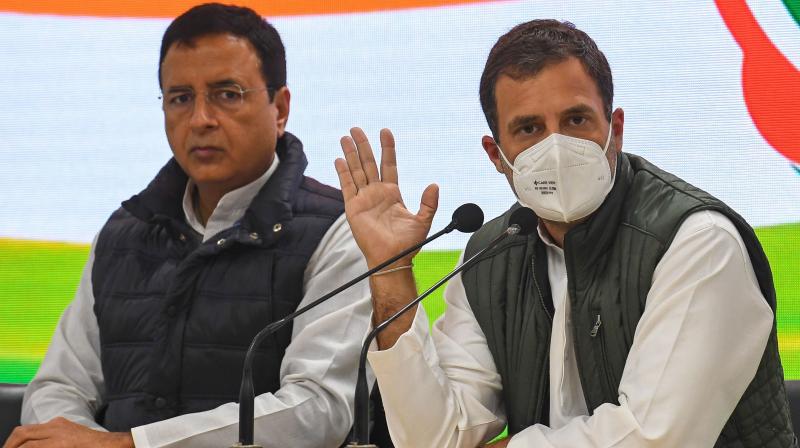 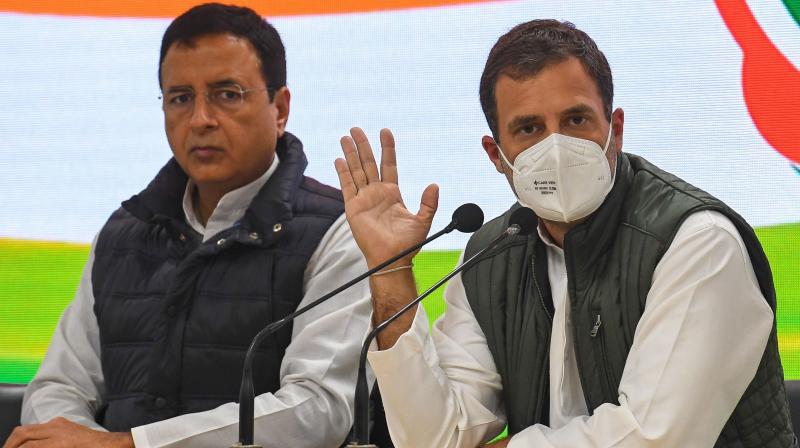 New Delhi: Congress leader Rahul Gandhi on Friday questioned the government over its agreement with China on disengagement in eastern Ladakh, and alleged that Prime Minister Narendra Modi has “ceded” Indian territory to the Chinese. His attack on the government came a day after Defence Minister Rajnath Singh assured Parliament that India has not conceded anything in the sustained talks with China and it will not allow even an inch of its territory to be taken away by anyone.

Addressing a press conference, Gandhi said Singh “sheepishly” made a statement on the LAC situation in both Houses of Parliament and it emerged that Indian troops are now going to be stationed at Finger 3.

“Finger 4 is our territory, that is where our post used to be. Now we have moved from Finger 4 to Finger 3. Why has Prime Minister Modi given up Indian territory to the Chinese. This is the question that needs to be answered by him and the Defence minister,” Gandhi said.

Why have Indian troops, after the hard work that they had done in capturing Kailash ranges, been asked to move back, Gandhi asked. “What has India got in return for this? Most importantly, the more  important strategic area, Depsang plains, why have the Chinese not moved back? These are the real questions. Why have they not moved from Gogra-Hot Springs”, the former Congress chief asked.

“It is the responsibility of the prime minister to protect the territory of the country. The prime minister has ceded Indian territory to the Chinese,” he alleged.
The Indian government’s position at the beginning of this was status quo ante as in April 2020 that is what they were negotiating for, he asserted.

In a breakthrough after a nine-month border standoff, Defence Minister Singh had announced in Parliament on Thursday that India and China have reached an agreement on disengagement in the North and South banks of Pangong lake in eastern Ladakh that mandates both sides to “cease” forward deployment of troops in a “phased, coordinated and verifiable” manner.

Singh had shared the details of the pact to defuse the tense military face-off in eastern Ladakh that severely strained ties between the two Asian giants.

In an identical statement later in the Lok Sabha, he had said the disengagement process was “going on well”, and that the implementation of the pact will “substantially restore” the situation to the one which existed prior to the standoff that erupted on May 5 last.