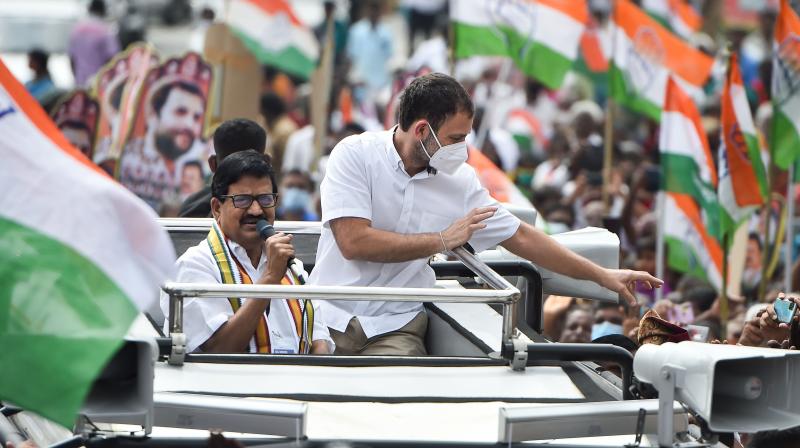 Addressing people from an open van here, Gandhi targeted the Prime Minister in his first of the three-day campaign of western Tamil Nadu.

In April or early May state assembly elections are likely in the state.

“What does Modi do? Modi partners with three or four big businessmen in this country. They provide him media and he provides them money,” he alleged.

“Narendra Modi is one by one selling everything that belongs to the people of India and Tamil Nadu.”

The Congress MP said what belonged to the farmers was now being taken away by three new farm laws and alleged ryots “are going to be made servants” of biggest industries.

Attacking BJP, he said his party was involved in a fight against a ‘particular’ ideology that believed that “only one culture, one language and one idea should rule India.”

Prime Minister Narendra Modi has “no respect” for the culture, language and people of Tamil Nadu, he alleged.

Modi “thinks that the Tamil people, Tamil language and Tamil culture should be subservient to his ideas, his culture,” Gandhi claimed.

The Congress leader, who is visiting Tamil Nadu for the second time within 10 days, was accorded a rousing reception by Congress workers at the airport on his arrival from Delhi.

He is set to cover districts including Coimbatore, and Erode, in western parts of the state, popularly known as the ‘Kongu’ (Tamil name) region.