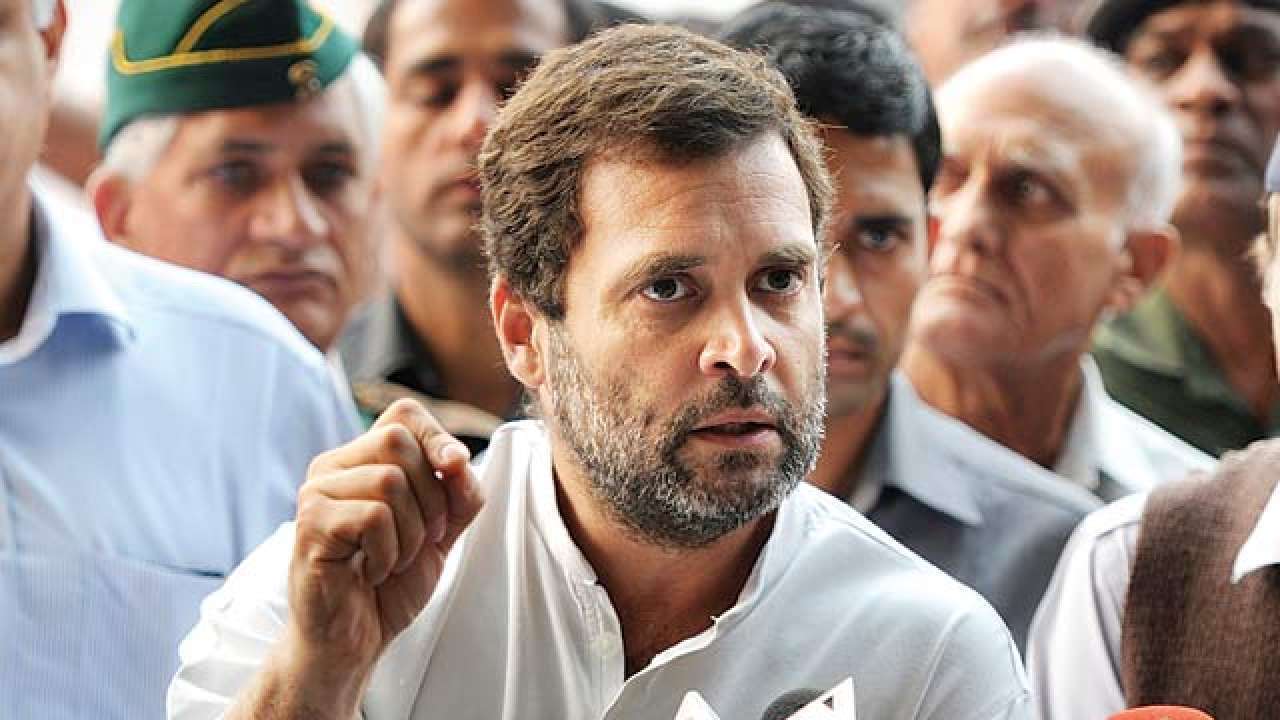 Congress leader Rahul Gandhi and leaders of some other opposition parties including NCP, DMK, CPI-M on Wednesday met President Ram Nath Kovind and urged him to persuade the government “not to be obdurate” and accept the demand of protesting farmers for the repeal of three farm laws.

Talking to the media after submitting a memorandum to the President, the leaders said the farm bills were passed “without proper discussions and consultations”.

The memorandum said that more than twenty different political parties, including many parties running state governments, have extended their solidarity “with the ongoing historic struggle of the Indian peasantry” and had extended wholehearted support to their call for a Bharat Bandh yesterday demanding the repeal of the “retrograde agri-laws and the Electricity Amendment Bill”.

Pawar, a former union agriculture minister, said they informed the President that there was a request from all opposition parties for an in-depth discussion on farm bills and that it should be sent to select committee, “but unfortunately, no suggestion was accepted and bills were passed in hurry”.”

In this cold, the farmers are on the streets protesting peacefully, expressing their unhappiness. It is the duty of the government to resolve this issue,” he said.

Gandhi said they informed the President that it is “absolutely critical that these anti-farmer laws are taken back”.”

Couple of points we mentioned to the President. The first was the manner in which these bills were passed without any discussion, without a conversation with the opposition parties and certainly without a discussion with the farmers of this country who have built this country,” he said.

“So, the way the bills were imposed, we see it as an insult to the farmers of this country. The Kisan has lost faith in the government. The Kisan does not believe that the government is acting in their interest and that is why lakhs of them are on the streets, non-violently, compassionately on the streets. They are struggling in cold weather with complete respect,” he said.

Yechury said they are asking to repeal agriculture laws and electricity amendment bill that “were passed in an anti-democratic manner without proper discussions and consultations”.

The memorandum said that the new agri-laws, passed in the Parliament “in an anti-democratic manner preventing a structured discussion and voting, threaten India`s food security, destroy Indian agriculture and our farmers, lay the basis for the abolishment of the Minimum Support Price (MSP) and mortgage Indian agriculture and our markets to the caprices of multi-national agri-business corporates and domestic corporates”.

“We urge upon you, as the custodian of the Indian Constitution, to persuade `your government` not to be obdurate and accept the demands raised by India`s annadatas,” it said.

The CPI-M said that due to restrictions of COVID protocol, only a five-member delegation met the President. The farmers are protesting at Delhi borders against three farm laws enacted recently by the government. They have rejected the Centre`s proposals for changes in the laws and decided to intensify their agitation.