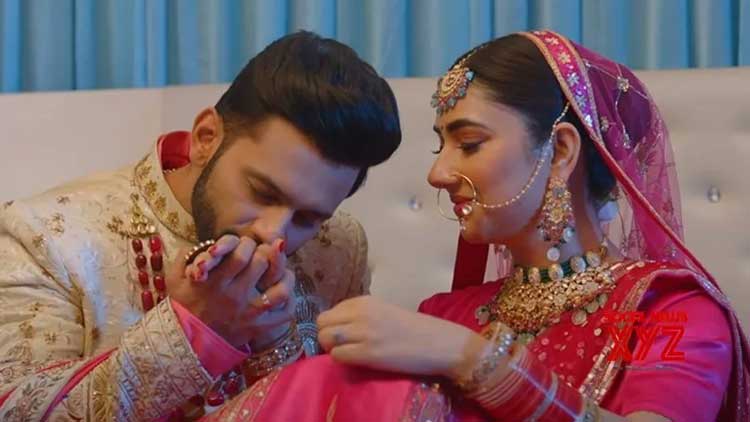 Rahul Vaidya and Disha Parmar are now officially man and wife. The couple tied the knot at the Grand Hyatt in Mumbai. Post-wedding the newly-wed couple interacted with the media and Rahul not only crooned his single Yaad Teri but dedicated to his wife, as the song led him to her.

While interacting, Rahul said, “I would like to sing a song; it’s because of this song we got to know each other for the very first time. We shot the video in Delhi, titled Yaad Teri. I would like to dedicate that song to her at our wedding. Though Yaad Teri is a departing song, I am singing happily for Disha.”

For the wedding, Rahul opted for an off-white gold plated sherwani by Abu Jani Sandeep Khosla, while bride, Disha looked stunning in red ghagra from the Dancing Peacock range of the ace designer duo.

Rahul Vaidya and Disha Parmar had announced their wedding date on social media a few weeks back. They posted a joint statement, informing fans about their marriage. “With the blessings of our families, we are delighted to share this special moment with you all. We are elated to announce that our wedding is set to take place on 16th of July,” Vaidya and Parmar said.

Rahul Vaidya had proposed to Disha Parmar on the Colors reality show ‘Bigg Boss’ last year. The couple was supposed to get married soon after Bigg Boss ended in February but their plans were pushed due to the second wave of the pandemic.