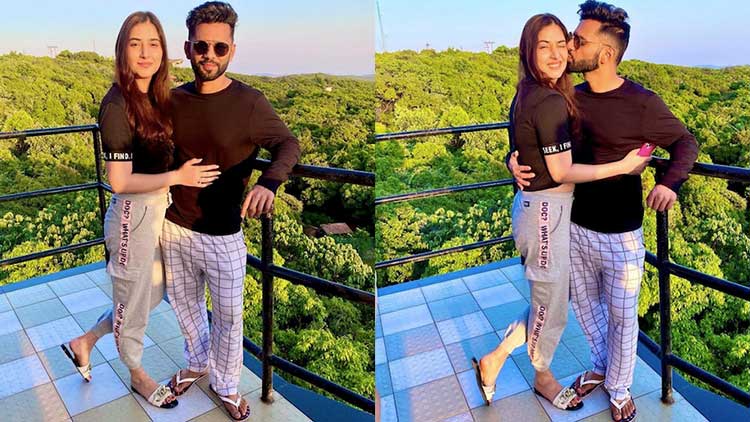 Rahul Vaidya proposed to Disha Parmar for marriage on National Television in Bigg Boss Season 11 and since then the couple has been in the limelight. Both of them are too adorable and their fans love their chemistry. Rahul who is currently shooting in Cape Town for Khatron Ke Khiladi season 14 is missing Disha terribly and he shares a special post for her.

Sharing a romantic photo with her where he can be seen giving a peck on the cheek to Disha, he wrote,”Miss U Disha Parmar.” As soon as Rahul shared this post, Disha was quick enough to reply and wrote, “Mee More!” All we can say is they always look cute and adorable together!

The singer-actor has been shooting in Cape Town and the duo have been in connect with each other from there. Rahul can be seen making video calls to her or coming for a live session together with her which is treat for their fans who are waiting to get them hitched soon.

On the workfront, the two of them were recently seen together in a music video titled ‘Madhanaya’ where they both were seen getting married. The video was a perfect representation of their future.

Rahul’s song ‘Aly’ which he composed during his stay in Bigg Boss house is also out and he has dedicated it to Jasmin and Aly’s love story.