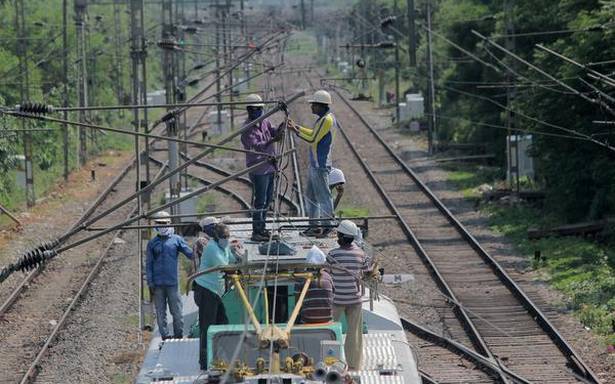 The Railways has logged highest-ever electrification of sections covering 6,015 Route Kilometre (RKM) in a single year during 2020-21, a statement from the national transporter said on Friday.

With the COVID-19 pandemic keeping trains off tracks, the Railways has used the opportunity to speed up its electrification process, it said.

The Railways has planned to fully electrify its tracks by December 2023.

Total rail electrification would contribute to the goal of “net zero” emissions by 2030 by drawing its entire electrical load from renewable energy sources, it said.

Railways set to compile fire safety instructions into its system