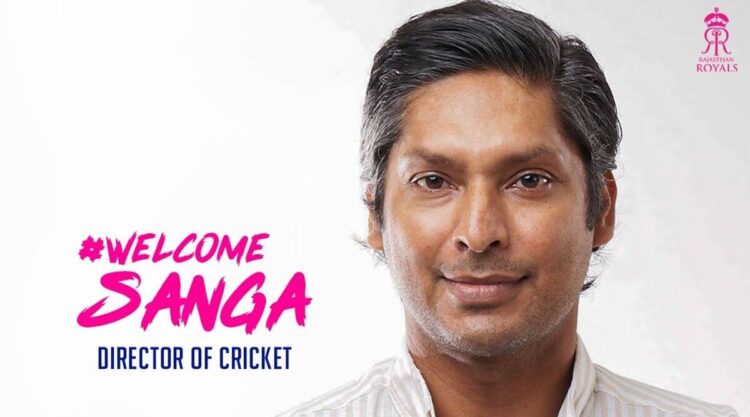 Former Sri Lankan captain Kumar Sangakkara has joined Rajasthan Royals as their Director Of Cricket For IPL 2021. His inclusion in the team was made to strengthen the tactical thinktank to help the team churn a pathway to success. Rajasthan have been off-color in the IPL ever since winning the maiden IPL title in 2008. Since then, the franchise has blown hot and cold in the subsequent seasons.

Meanwhile, in an interactive session on the Royals official Youtube channel, Kumar Sangakara answered some questions thrown at him by his and RR fans. One of the supporters asked him if the Royals will sign the legendary Argentine footballer Lionel Messi in next year’s IPL mega auction.

The fan asked and wrote, “Can we sign Messi in next year’s mega auction please?” Sangakkara reverted to the fan with a pinch of humour and also lauded Messi for his all-round skills.

“Are you talking about Lionel Messi? Well, wonderful to have a player like him. I’m sure with his talent, he can definitely play some cricket as well,” Sangakkara was quoted as saying in the video.

Kumar Sangakkara was also one of the best exponents of the cover drive during his playing days. One of the fabs asked him about the best cover driver in the game at the moment.

Sangakkara took the name of Virat Kohli while adding that he was in a dilemma between choosing Sanju Samson and Ben Stokes.

“There’s quite a few, in our team itself, there’s quite a few. Ben Stokes is one, Sanju Samson can also play the drive. Virat Kohli, of course, has a beautiful balance and great transfer into his cover drive” said Sangakkara.

They will kick off their IPL 2021 campaign against Punjab Kings in Mumbai on April 12. With none of the teams playing at their own home venues, all the teams will play across six venues throughout the season. Royals will play five games in Mumbai, four games in Delhi, three in Kolkata and two in Banglore.