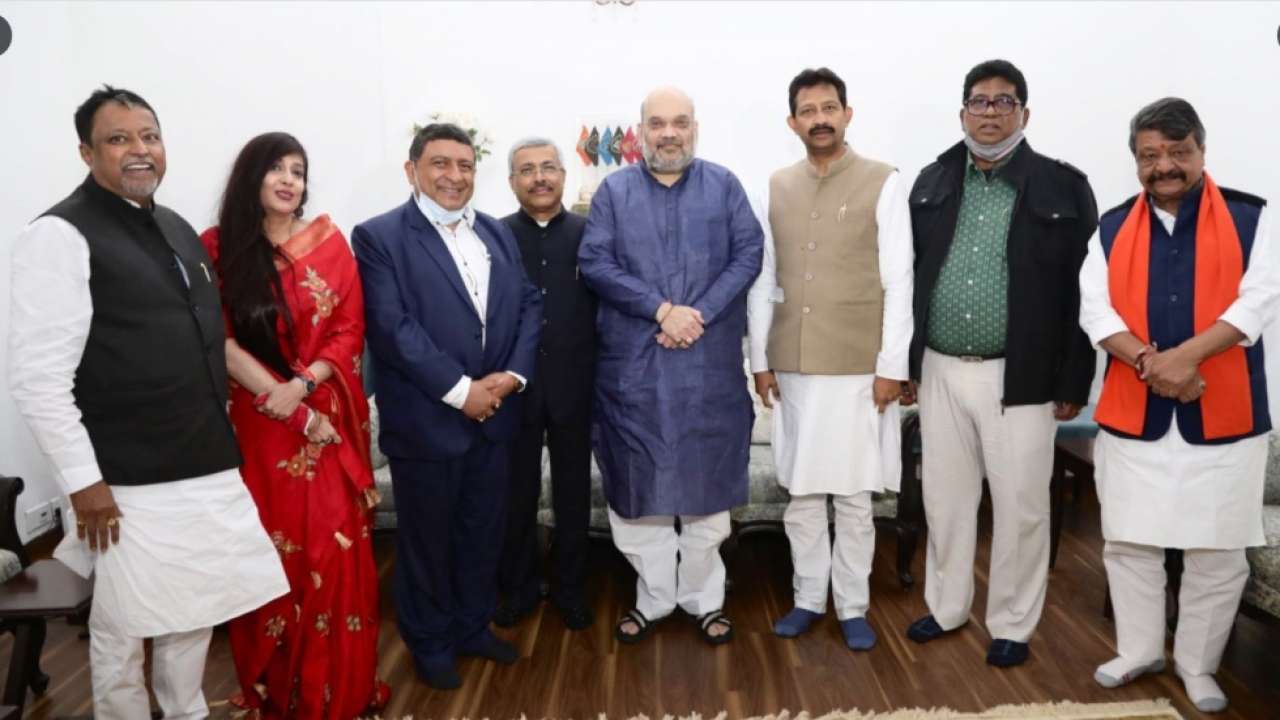 Banerjee said a rally will be held in Howrah on Sunday which is likely to be addressed by union Home Minister virtually. “Amit Shahji has assured me that he will be virtually present at a rally in Howrah on Sunday. Important leaders from other parties and popular actors will join BJP at the event,” he said.

Dalmiya said BJP will win the forthcoming assembly elections in West Bengal. “People are not with Trinamool Congress. They could not serve the public. I have got a great platform today. I am positive to build Sonar Bangla. No more injustice to the people of Bengal,” she said.

Vijayvargiya told ANI that people have realised that only BJP can bring about development in Bengal. “People and TMC workers have realised that they have been cheated by the state government. Under the leadership of Prime Minister Narendra Modi, we will form the government in West Bengal and accomplish the dream of Sonar Bangla.”

Rajib Banerjee had resigned from Trinamool Congress on Friday. He had stepped down as the Forest Minister earlier this month.

Elections for 294 Assembly seats in West Bengal are slated for April-May this year.BJP is seeking to come to power in the state and has been extensively campaigning over the past few months. Several Trinamool Congress leaders including former state minister Suvendu Adhikari had joined the BJP last month.