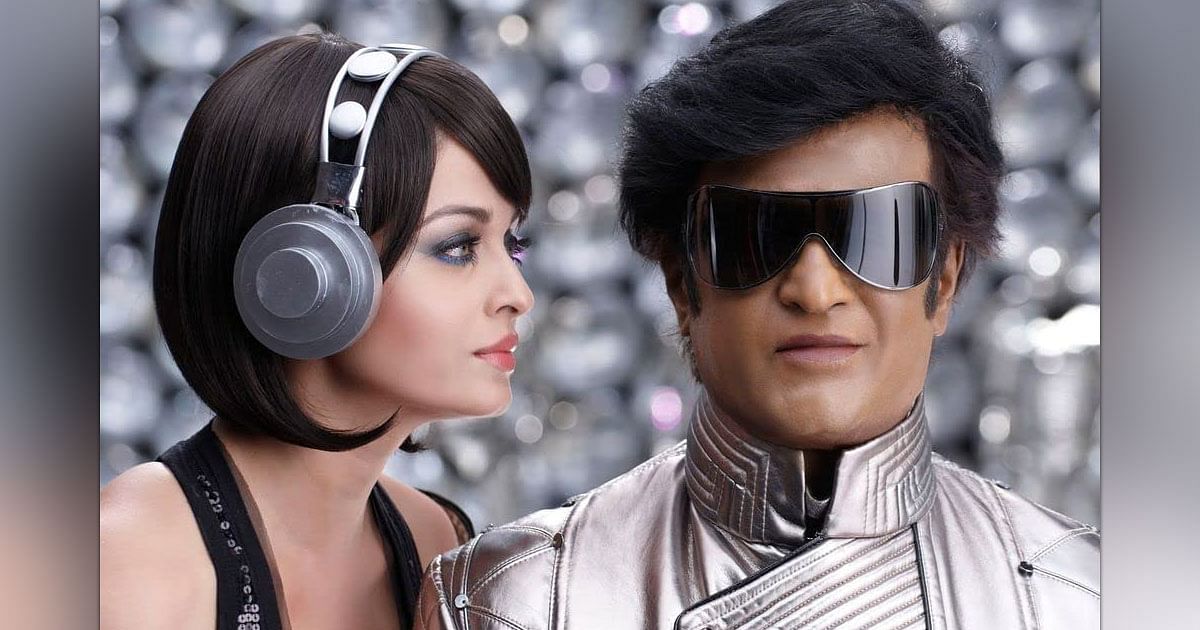 Rajinikanth is one of the most popular actors in our country. Down South, he is literally worshipped by his fans, and not just because he’s a superstar but because he’s so grounded and connected to the people over there. Today, let’s talk about the time when the Thalaivar was made fun of himself while narrating a story that involves Aishwarya Rai Bachchan.

Today, we are going to talk about the time when the actor made fun of himself and gave a funny speech about the function of his film Robot.

We all know that Robot is one of the most successful films of Rajinikanth and Aishwarya Rai Bachchan’s career. Narrating a funny incident from Bengaluru when he went to meet his brother, the Thailavar said, “Aishwarya ji, thank you for ‘accepting’ to play the female lead opposite me. I am not exaggerating. I went to Bengaluru to my brother’s house, and there was a tenant who is residing in the neighbouring house. When he found out that I had come, he came to see me. His name is Nandu Lal and he must be over 60.”

Read the full conversation between the Robot actor and tenant here:

Tenant: Are you enjoying your retired life?

Rajinikanth: Robot (Enthiran in Tamil). Then I told him Aishwarya Rai is the heroine.

Rajinikanth: Mein hoon hero. (I am the hero)

Tenant: Tum hero ho? (You are the hero?)

The tenants’ kids then told him that Thalaivar is the hero and that he only plays lead roles.

He thanked Aishwarya Rai Bachchan at the end of the story and everyone was already laughing by then.