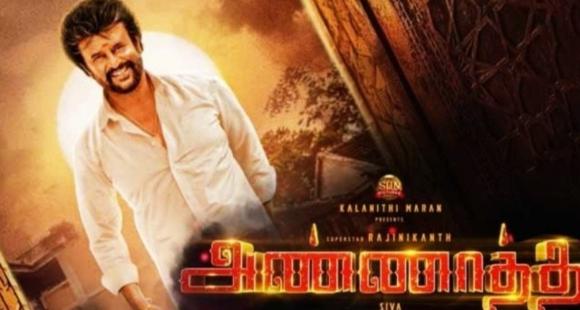 Annaatthe is touted to be a rural drama and it has four leading ladies including Nayantahara, Keerthy Suresh, Khushbu Sundar and Meena.

The most anticipated Kollywood film Annaatthe’s shooting was brought to halt in Hyderabad as four crew members had tested positive for COVID 19. Later, Rajinikanth had also faced some issues with his health and he had to take a break from acting as per the doctors’ advice. Now, a new report has come up stating that the film’s director Siruthai Siva is holding talks with Rajinikanth to discuss the process of resuming the shooting.

A couple of weeks back, the makers had announced that the film will hit the big screens on November 4th this year and it will be an Annaatthe Diwali for the Kollywood fans. Sharing the title poster of Annaatthe, the makers wrote on Twitter, “#Annaatthe will be releasing on November 4th, 2021! Get ready for #AnnaattheDeepavali!” Now, it is expected that makers will officially announce when they would be getting back with the shooting.

Also Read: Karthi and Rashmika Mandanna’s Sulthan: Makers to release the trailer on THIS date

Apparently, the makers have finished 75 percent of the shooting process. Directed by Siruthai Siva, Annaatthe has Nayanthara, Keerthy Suresh, Meena and Khushbu as the leading ladies. Prakash Raj, Soori and Sathish will be seen playing the key roles in Annaatthe. Before the pandemic situation hit, the shooting process was going at a brisk pace in Hyderabad’s Ramoji Film City. Rajinikanth was last seen in the cop drama Darbar, which was directed by AR Murugadoss. He recently made headlines after he announced that he was retiring from his political journey owing to ill health.

Back to Top
Close Add post
X
Elizabeth Chambers Addresses Estranged Husband Armie Hammer’s ‘Cannibal’ Fiasco…GossipsAs you may or may not know by now, Armie Hammer has been in trouble in the headlines over the last few weeks. As it was previously reported, leaked te…

X
Show Love with These Valentine’s Day-Themed Gifts From The Heart…GossipsFrom simple sentiments to luxe splurges, these Valentine’s gifts will help make the day extra special. Send Them A Piece of Your Heart The card to sen…
close