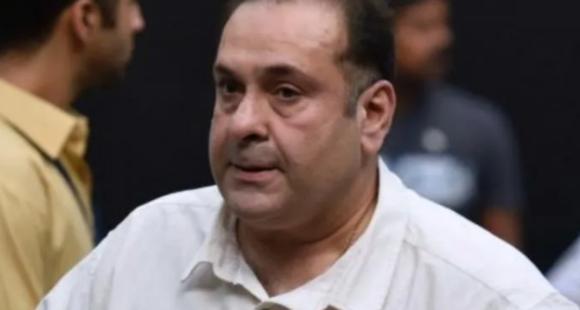 The sudden demise of late Rishi Kapoor’s younger brother Rajiv Kapoor has left everyone shattered. Celebrities have taken to their respective social media handles to offer their heartfelt condolences to the Kapoor family.

It’s a sad day for the entire Kapoor family who are heartbroken with Rajiv Kapoor’s sudden demise. Rishi’s younger brother Rajiv Kapoor left for his heavenly abode today. According to reports, the Ram Teri Ganga Maili actor died at the age of 58 due to a heart attack in Mumbai. It is said that the actor was immediately rushed to a hospital after he suffered a massive heart attack. On reaching the hospital, Rajiv Kapoor was declared dead.

Soon after this, Rishi’s wife Neetu Kapoor took to her Instagram handle to pay her respects and shared a picture of the late actor. A host of celebrities including Alia Bhatt’s mother Soni Razdan, Maheep Kapoor, Neha Dhupia, Sophie Choudry, Raveena Tandon and Neelam Kothari among others have expressed their deepest condolences to the Kapoor family. While Soni commented on Neetu’s post, “So sorry to hear this.” Neha wrote, “So so sorry to hear this.”

Sophie on the other hand, paid her tribute writing, “Omg I am so so sorry to hear this. Deepest condolences to the entire family. May his soul RIP.” Among other celebs who have mourned the demise of Rajiv Kapoor are singer Lata Mangeshkar, Sunny Deol, Sanjay Dutt and Boney Kapoor. Not just stars hailing from the film industry, even netizens are also paying their tributes to the late actor.