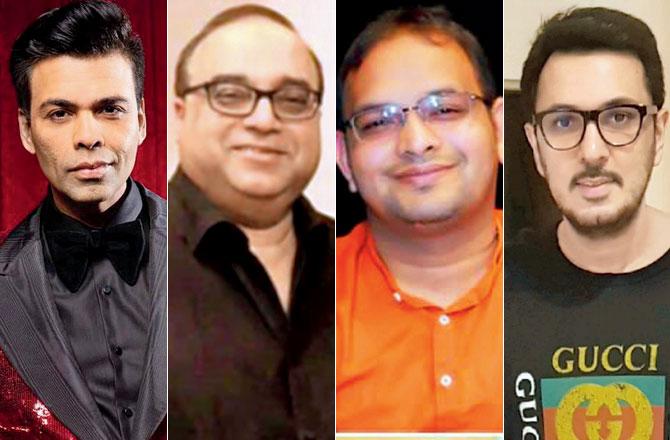 On Tuesday, Karan Johar announced that an “epic series” will be made as part of the 75th-anniversary celebrations of the country’s independence. Plans are afoot to launch a year-long programme from August 2021 to commemorate the milestone. KJo said that Rajkumar Santoshi, Mahaveer Jain and Dinesh Vijan have come together to tell the “incredible stories of our freedom.”

On Gandhi Jayanti, Johar had informed that Bollywood is lining up a plan for the occasion. He had said that they would be making “inspiring content about the valour, values and culture of India.”

The director has also kickstarted his talent agency, DCA. This new venture is in partnership with Cornerstone. The agency aims to unify dreams and potential of each associated talent. He shared the news on his social media account, and many actors are looking forward to being associated with the brand. In recent years, Dharma Productions has launched many new faces including Alia Bhatt, Varun Dhawan, Sidharth Malhotra, Ananya Panday and Tara Sutaria.

On the work front, Karan Johar’s film Gunjan Saxena: The Kargil Girl was streamed on Netflix. He now has Dostana 2 with Kartik Aaryan, Janhvi Kapoor, and debutant Lakshya. This will be followed by his next directorial, Takht. This historical stars Anil Kapoor, Kareena Kapoor Khan, Ranveer Singh, Alia Bhatt, Vicky Kaushal, Bhumi Pednekar, and Janhvi Kapoor.