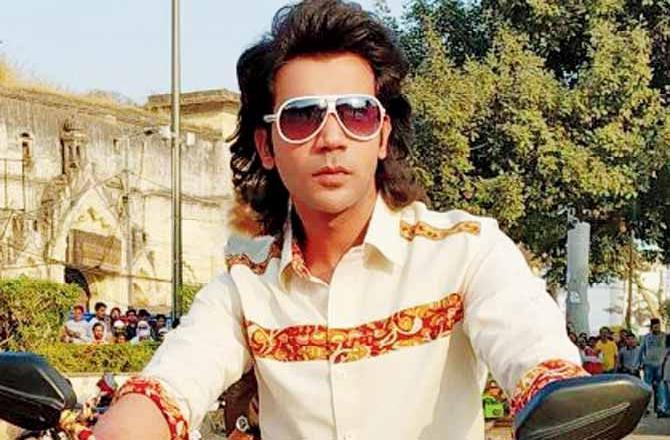 When introducing Rajkummar Rao’s character Aloo in Ludo, the voiceover humorously notes that he is as adaptable as the humble potato, which fits in a chaat as well as in biryani. The analogy could hold true for Rao — the versatile actor is as much at home in a gritty Trapped (2016) as he is in the feel-good universe of Anurag Basu’s latest offering.

As he wins rave reviews for his act as a diehard fan of Mithun Chakraborty in the ensemble film, Rao reveals his look — complete with long hair and flashy clothes — sparked the idea of paying tribute to the veteran actor. “Initially, the Mithun angle wasn’t in the script. We were trying different hairstyles. When we tried this look, Dada [Basu] liked it. It’s an honour that the audiences and critics are happy with my Mithunda avatar,” he says.

The past weekend saw him play diverse roles in the Netflix film and Chhalaang. Thrilled that Basu gave him an opportunity to explore his comic timing on screen, Rao says, “I have always tried to experiment with different roles, and not restrict myself to one genre. As an actor, I am greedy for good scripts. I want to surprise myself and my audiences.”