Home EntertainmentGossips Rajkummar Rao confesses being an ardent fan of Shah Rukh Khan: Seeing him on screen made me join the industry

Rajkummar Rao confesses being an ardent fan of Shah Rukh Khan: Seeing him on screen made me join the industry 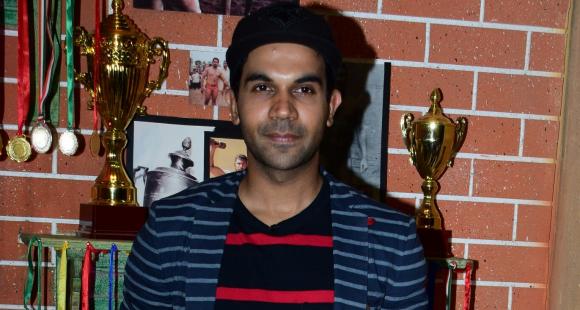 In a recent interview, Rajkummar Rao revealed that he took inspiration to join the film industry from Shah Rukh Khan as he connects with the superstar’s journey.

Rajkummar Rao confesses being an ardent fan of Shah Rukh Khan: Seeing him on screen made me join the industry

Rajkummar Rao, who recently started shooting for his upcoming film Badhaai Do alongside Bhumi Pednekar, has an array of interesting projects in the pipeline. The actor has worked hard to build his bulked-up physique as he is going to essay the role of a cop in the film, while Bhumi is going to portray the role of a PT teacher. The film is helmed by Harshavardhan Kulkarni. Recently, while speaking with The Times of India, Rajkummar revealed about being an ardent fan of Shah Rukh Khan, working on different genres and more.

Talking about attempting a lot of genres in his career, he said, “I can”t pick one. I enjoy all genres and just love acting. In fact, I try my best to explore different characters.” He further added that people will be going to see him in very different roles in his entire upcoming films Roohi Afza with Janhvi Kapoor, The White Tiger with Priyanka Chopra which is going to be his next release, Dinesh Vijan’s film with Kriti Sanon which is yet to be titled and Junglee Pictures Badhaai Do with Bhumi Pednekar.

Rajkummar also confessed that he took inspiration for joining the film industry from Shah Rukh Khan. He is a massive fan of the superstar. He connects with SRK’s journey. “He taught me that if you have a dream and if you’re ready to work hard, the dream will come true. We all know how charming he is and how he makes everyone feel special. There is so much to learn from him be it on-screen or off it,” the actor added.

Also Read: Priyanka Chopra is phenomenal, never made us feel she was the biggest star: The White Tiger’s Rajkummar Rao