Home EntertainmentGossips Rajkummar Rao on why his role in Roohi was challenging: Didn’t want Bhawra to remind of Vicky from Stree

Rajkummar Rao on why his role in Roohi was challenging: Didn’t want Bhawra to remind of Vicky from Stree 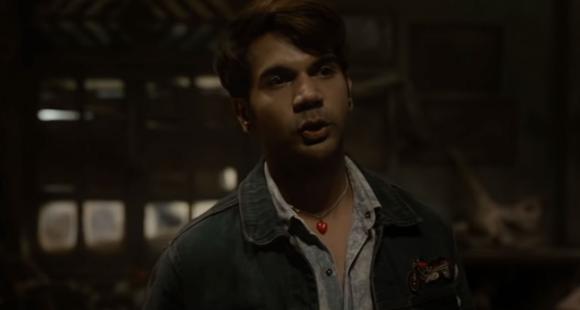 Rajkummar Rao, who was seen playing the lead in Roohi, has revealed how he made sure that his character in the movie didn’t remind the viewers of his role in Shraddha Kapoor starrer Stree.

Rajkummar Rao on why his role in Roohi was challenging: Didn’t want Bhawra to remind of Vicky from Stree

Rajkummar Rao is one actor who has carved a niche for himself with his versatility. In his career of over a decade, he had tried his hands on various genres including family drama, romantic comedy, biopics, survival drama and much more. Recently, Rajkummar made the headlines for his recent release Roohi with Janhvi Kapoor and Varun Sharma. Hemed by Hardik Mehta, the movie happened to be a horror comedy and had opened to mixed reviews. Interestingly, it was Rajkummar’s second comedy drama after Stree and the actor stated that his role in Roohi was a challenge for him.

During his conversation with Indian Express, the Queen actor explained that it was a challenge for him to play Bhawra as he didn’t want him to remind the audience of Vicky which was his character in Stree. “It was fun working on Stree back then, a horror-comedy, first of its kind, and then to get back to that world and play a different character. For me, I wanted to play Bhawra in a way that he doesn’t remind the audience of Vicky from Stree. That’s why it was a challenge for me on how to make it look and feel different. I had to keep a different speech pattern, I coloured my hair, my styling is very different from Stree,” Rajkummar added.

To note, Roohi marked Rajkummar’s first collaboration with Janhvi and he has been all praises for the actress. Talking about the same, he said, “Janhvi is a very talented actor, we have seen her grow in every film, from Dhadak to Roohi. She genuinely loves what she does.”