Home EntertainmentGossips Rajkummar Rao turns muse for ladylove Patralekhaa and the result is a captivating photo; Take a look

Rajkummar Rao turns muse for ladylove Patralekhaa and the result is a captivating photo; Take a look 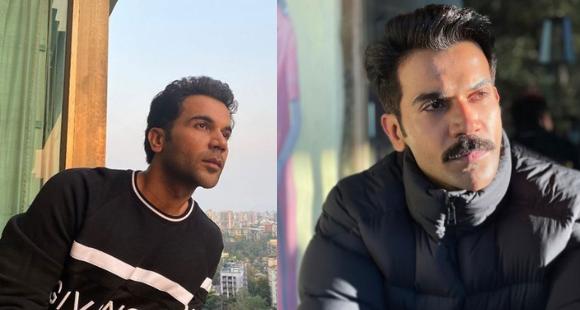 Rajkummar Rao’s recent sunkissed picture on Instagram is catching the eyeballs for all the right reasons.

Rajkummar Rao turns muse for ladylove Patralekhaa and the result is a captivating photo; Take a look

Rajkummar Rao is one of the most sought after actor in Bollywood. The actor has carved a niche for himself with his choice of movies and spectacular acting skills. His versatility game is always on point and it is a treat to watch him on the silver screen as he always has something new to present on the table. Interestingly, the Shaadi Mein Zaroor Aana actor is also quite active on social media and often treats his massive fan following with his stunning pics.

Keeping up with this trajectory, Rajkummar shared a yet another beautiful picture and it is winning hearts. It was a sun-kissed picture of the actor flaunting his moustached look. Wearing a black jacket and with his intense look, the Queen actor can certainly make ladies go weak in their knees. Interestingly, this pic was clicked by Rajkummar’s ladylove Patralekhaa who has also impressed everyone with her photography skills. The Trapped actor captioned the image as “If you want to shine like a Sun, first burn like a Sun ~ A.P.J Abdul Kalam sir. Pic credit: @patralekhaa.”

Meanwhile talking about the work front, Rajkummar was recently seen in The White Tiger along with Priyanka Chopra Jonas and Adarsh Gourav. Helmed by Ramin Bahrani, the movie is based on Aravind Adiga”s book of the same name and was released on the OTT platform. While Rajkummar was quite excited about the movie, he has also heaped praises for his co-stars and stated that. He stated both Priyanka and Adarsh are very passionate about their job and whatever they do. He also said that these kinds of actors inspire him on sets. “It’s a great synergy as everybody is working towards making a wonderful film. And that’s what we want out of a team,” Rajkummar added.

Also Read: Rajkummar Rao heaps praise on The White Tiger’s Adarsh Gourav; Calls him ‘dedicated’ on and off sets