Home EntertainmentBollywood Rakhi Sawant’s Mom On Son-In-Law Ritesh: “Have Asked Him To Come Ahead & Reveal His Identity”

Rakhi Sawant’s Mom On Son-In-Law Ritesh: “Have Asked Him To Come Ahead & Reveal His Identity” 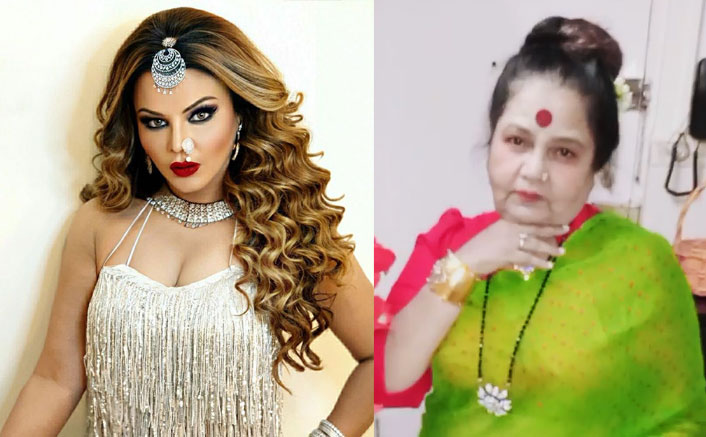 One must agree that Rakhi Sawant owns more than half of the credit why Bigg Boss 14 is trending, and her antiques deserve the TRP. What has also brought the limelight to her for the longest time is her mystery husband, Ritesh. While who this mystery man is, or is he real stays the biggest suspense alongside Rasode Mein Kon Tha?, Rakhi’s mother is now opening up about her son-in-law and says he is taking care of her and also taken responsibility. Read on to know what she exactly has to say below.

It was earlier in 2019 when Rakhi took her fans by storm when she announced that she got married. While all her pictures proved she turned into a beautiful bride, one thing missing in them was the groom. Rakhi later revealed that her husband Ritesh is an NRI and is a businessman. She has been claiming that she will reveal his complete identity at the right time. Which as per her is when they will have kids.

Now as per TOI, Rakhi Sawant’s mom Jaya Sawant is talking about her son in law Ritesh. She said, “Yes, Rakhi’s husband Ritesh is taking care of me and all the medical bills and everything. He is there for us. He is trying hard to come to India and I have asked him to come ahead and reveal his identity. He has assured me that he will come before the audience and accept Rakhi as his wife. He is a very good human being and I just want them to be together and happy in their married life.”

Not just that, a few days back it was reported that Ritesh has spoken to a paper. He had called out Rahul Mahajan when the latter called Rakhi Sawant a cheap celeb. He said, “Rakhi did not have education or any godfather in the industry but she still made it in Bollywood because of her hard work and talent. Rakhi is self-made. What is Rahul Mahajan’s existence? If you remove his father and sister’s name from his life, nobody knows him.”