Rakul Preet Singh: Flexibility is the key to stability 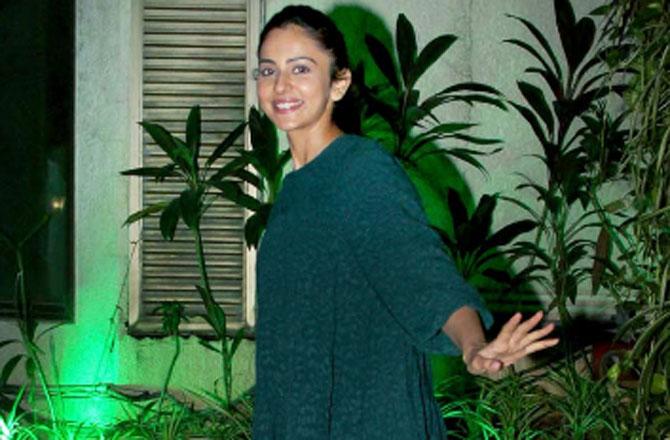 Actress Rakul Preet Singh has shared a throwback picture from her Maldivian holiday, with her mantra for stability on social media. Rakul Preet posted the picture of her doing yoga on Instagram. In the image, she is seen balancing on one leg and tilting while she has her hands above her head in a namaste posture.

“Flexibility is the key to stability.A #yogaeverywhere #balance,” she captioned it. About her work, the actress has started working on “Mayday”. She is all set to star alongside Amitabh Bachchan and Ajay Devgn in the thriller drama, directed and produced by Ajay.

The actress will be seen in the role of a pilot. This is her second film with Ajay after “De De Pyaar De”.

Rakul will next be seen in a romantic comedy directed by Kaashvie Nair. The film also stars John Abraham, Arjun Kapoor, and Aditi Rao Hydari.