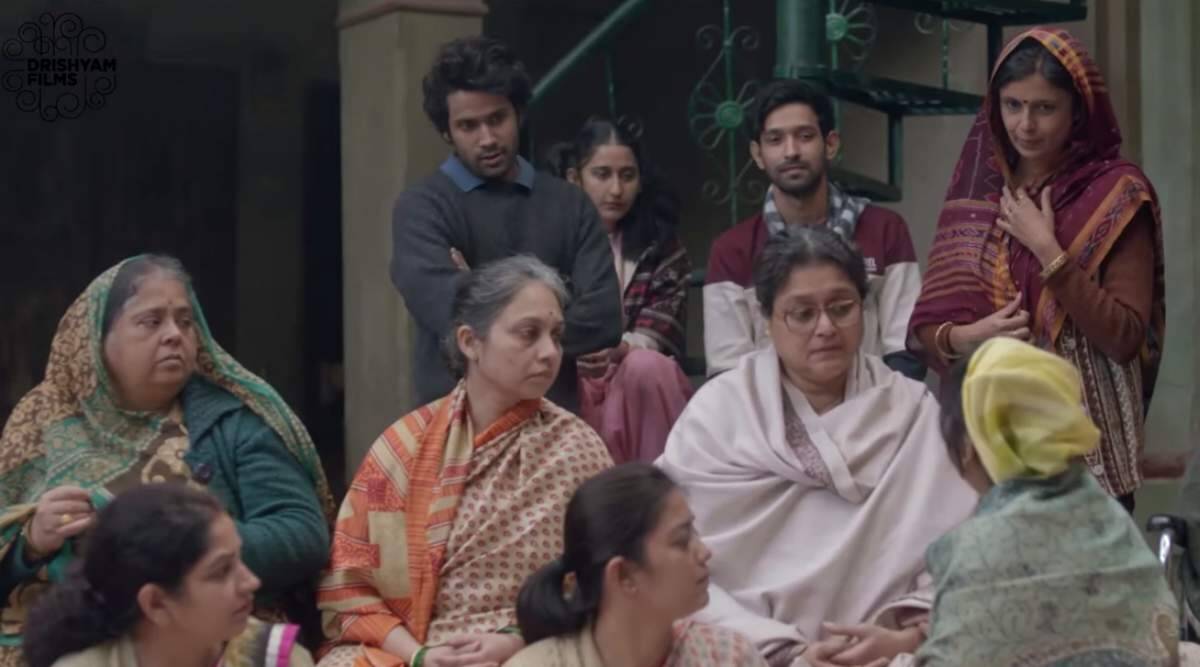 Ram Prasad ki Tehrvi release in the theaters on January 1, 2021.

The trailer of Seema Pahwa’s directorial debut Ram Prasad ki Tehrvi is out. The film is packed with an ensemble cast featuring actors like Naseeruddin Shah, Supriya Pathak, Konkona Sen Sharma, Vinay Pathak, Manoj Pahwa and Vikrant Massey among others.

The two-minute-long trailer promises a quirky family drama where the patriarch’s demise brings out the truth of the relationship among his five children. The widowed mother, played by Supriya Pathak, is surprised at the behaviour of her children who are in a celebratory mode instead of mourning the death of their father.

Seasoned actors like Manoj Pahwa, Vinay Pathak, Konkona Sensharma make the film look promising. The official description of the film reads, “Ram Prasad ki Tehrvi is a family dramedy set in a middle class north Indian family of 5 children. Upon the father’s demise, a series of events unfold at the funeral which shows the interpersonal relationships in the family. Balancing traditions, obligations & family finances, the widowed mother realises the intricacies of her husband’s philosophies of life and wants to inculcate & pass on those values to the world.”

Talking about her film, Pahwa said in a statement, “The story came from my own personal experience – my father’s demise many years ago, when our family got united. And since then, this story has been running in my head. Jio Studios and Drishyam Films have believed in my vision for which I am grateful. Now the film is over to the audience.”

Ramprasad Ki Tehrvi had its premiere at the Jio MAMI 21st Mumbai Film Festival in 2019. The film will now release in the theaters on January 1, 2021.