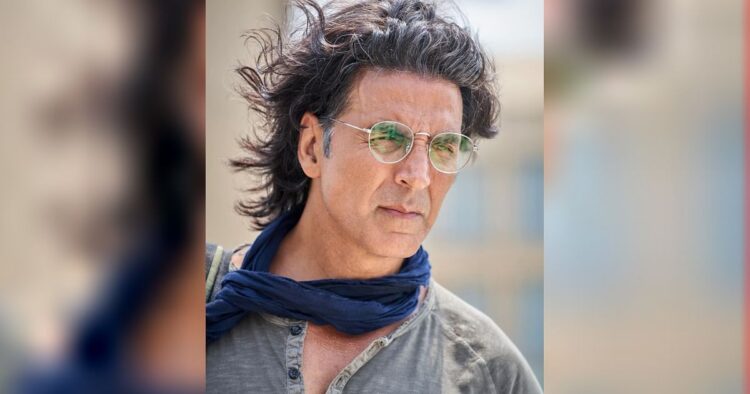 Akshay Kumar is a superman when it comes to working in back to back films. This man is unstoppable. Ever since the lockdown has been lifted, Khiladi Kumar has wrapped up quite a few projects. From Bell Bottom to Atrangi Re, there are a lot of films kept in store for us. Recently, the actor revealed his look from Ram Setu, and fans cannot keep calm.

The actor shared a photo, giving fans a closer look at his appearance in the film. Keep scrolling further to check out his look from the movie.

Akshay Kumar wore a pair of glasses and had his hair longer than usual. Sharing the look from Ram Setu, he asked fans to share their feedback. “The journey of making one of the most special films for me begins today. #RamSetu shooting begins! Playing an archaeologist in the film. Would love to hear your thoughts on the look? It always matters to me,” he said. Check out the picture below:

Akshay Kumar surely knows how to keep all his fans at the edge of their seats. With this new look revelation, we are sure that it would be difficult for fans to patiently wait for the movie. Well, check out some of the fan reactions below:

All Set Ready For… Beginning ..Of #RamSetu & Here Another Flashing Look of MEGASTAR* #AkshayKumar pic.twitter.com/mRSscLVcRS

This look is what we wanted from so long time sir
Vintage Khiladi looks are back
This look is fantastic sir#RamSetu #AkshayKumar https://t.co/7BkmJzLIvV

It is evident from the fans reactions that they are loving Akki’s new look and cannot stop talking about it.

Well, it is not only Akshay Kumar’s look that is making headlines. It was recently announced that Amazon Prime Video is making its first foray into Indian feature movie co-production with this film. Directed by Abhishek Sharma with Dr. Chandraprakash Dwivedi as a creative producer, the film is an action-adventure drama rooted in Indian cultural and historical heritage. The title is a reference to the bridge Hindu God Ram built across the sea between India and Sri Lanka to rescue his kidnapped wife, Sita.

What do you think about Akshay’s look from the movie? Share your thoughts in the comments section below.