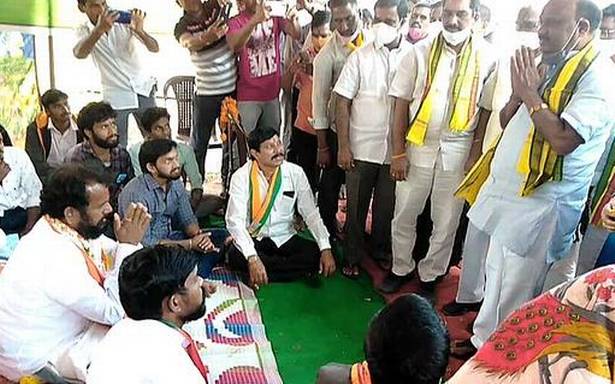 Mr. Anil Kumar said the temple where the incident occurred was small located at the main temple in Ramateertham. He exuded confidence that the department would nab miscreants very soon.

Meanwhile, a TDP delegation, led by Former Minister Ch. Ayyannapatrudu visited the temple premises and expressed solidarity with BJP State executive committee member Nadukuditi Eswara Rao who has been protesting against delay in arresting the culprits involved in the incident.