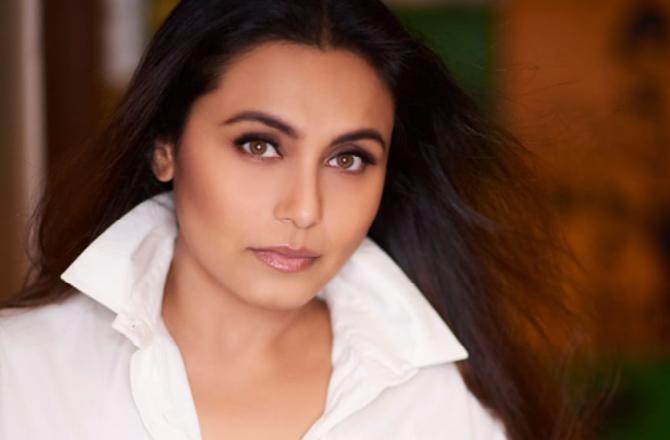 Inspired by shocking true crimes against women by juveniles, Mardaani 2 saw Rani in a race against time to capture a brutal serial rapist who systematically targets women. The film received incredible appreciation from the media and critics and took the gritty cop franchise forward. On the first anniversary of the thriller, Rani opened up about why the Mardaani franchise is close to her heart.

“The franchise of Mardaani is very important to me, not only because it’s talking about women empowerment and certain brutalities that take place on women, and there is a woman, who is the main protagonist, who is standing up against all of this, it is also an informative film as it projects a lot of things women need to be aware of. It speaks about all of that because in a society we tend to always try to see the positive things. Though we want to think about positivity and good things but in reality, certain people have bad intentions and on a bad day we can encounter them,” says the actress.

Rani adds, “So, I think Mardaani is really a film which empowers a woman to think that they are strong. I think Mardaani as a franchise gives a lot of hope and courage to women. When they are watching it, they feel that they are getting introduced to their inner strength, so I think the entire franchise being what it was made for and the fact that it was received the way we wanted it to be received, makes the franchise truly, truly special. When we set out to make a film as filmmakers and as people who are a part of a project, we had certain aspirations for the film but to see those aspirations getting fulfilled and resonate with the women, I think, is so heartening.”

Rani reveals that the response she got from female cops across India has been overwhelming. She says, “Whenever I have met lady cops, they have not reacted to just the film. They have reacted to the portrayal of Shivani Shivaji Roy, which they feel is very positive and it showcases the entire gamut of things that they have to deal with during the course of their lives and career. The credit for that should actually go to the writer and those who have envisaged Mardaani as a franchise which is Adi, Gopi (Puthran – director and writer), Pradeep da (Sarkar) put together because I think the fact is the actors get to portray a character only when it’s a written and fleshed out well.”

She adds, “I think the fact that they have really, really taken the time and energy to actually build Shivani’s character around real-life woman cops, I think that also adds to the persona of the film, so it makes everything look real and you could encounter somebody like that in your lifetime. She is relatable and larger than life in her actions, in terms of the courage. She is larger than life.”

Also read: Mardaani 2 Movie Review: Much Prefer To Its Prequel

Rani Mukerji: Mardaani as a franchise gives hope and courage to women