Home EntertainmentGossips Ranveer Singh gives his fans a weekend treat as he lights up the gram with his glorious smile; PHOTOS

Ranveer Singh gives his fans a weekend treat as he lights up the gram with his glorious smile; PHOTOS 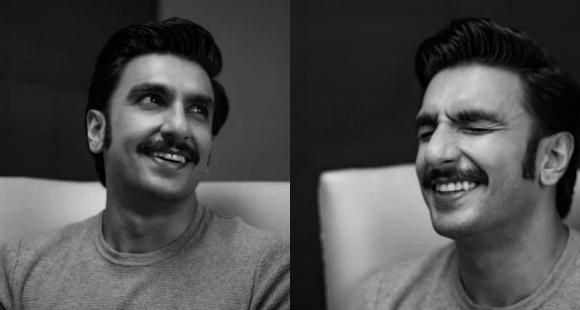 Actor Ranveer Singh recently shared a series of stunning monochrome photos on social media. The Jayeshbhai Jordaar actor left his fans in awe with his warm smile in the candid clicks.

Ranveer Singh gives his fans a weekend treat as he lights up the gram with his glorious smile; PHOTOS

Actor Ranveer Singh is among the stars who always manages to grab eyeballs with his unique sartorial choices. From rocking oversized hoodies to jumpsuits, Ranveer has owned every look like a boss and managed to get many trends back in vogue. He often goes on a spree of sharing photos of himself on social media and they come as a treat for his fans. Speaking of this, the Cirkus actor began the weekend on a cheerful note as he dropped stunning monochrome photos on his Instagram handle.

Taking to his Instagram stories, Ranveer shared two photos in which he could be seen flaunting his glorious and warm smile. The actor is seen casually dressed in the same and from the looks of it, the photos seemed to be candid in nature. His hair could be seen perfectly styled and he is seen sporting a moustache in the same. Ranveer left his fans gawking as he gave them a sweet treat ahead of Valentine”s Day with his photos.

Recently, he had also shared a quirky video of Rohit Shetty from sets of their film where the Singham director could be seen driving a toy car around. Meanwhile, the Gully Boy actor recently shared a cute post for Nick Jonas and gave him a sweet gift in the form of a customised chocolate jar. The PDA between him and Nick caught Priyanka Chopra’s attention too and she was in awe. On the work front,. Ranveer will be seen next in Jayeshbhai Jordaar. The film is helmed by Divyang Thakkar and produced by Yash Raj Films and Maneesh Sharma.