Home EntertainmentGossips Ranveer Singh is sending something special to ‘Jiju’ Nick Jonas and he loves it! – Bollywood Dhamaka

Ranveer Singh is sending something special to ‘Jiju’ Nick Jonas and he loves it! – Bollywood Dhamaka 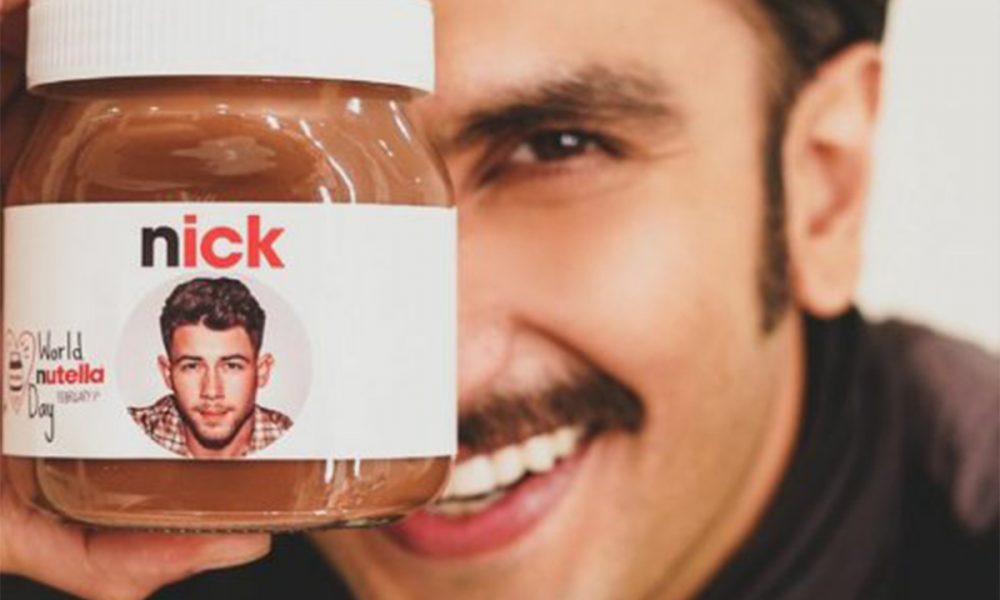 Turns out superstar Ranveer Singh is extremely close to international singing sensation Nick Jonas, who is also the husband of Priyanka Chopra, Ranveer’s co-star from films like ‘Dil Dhadakne Do’, ‘Gunday’ and ‘Bajirao Mastani’. On his social media, Ranveer Singh shared the picture of a special gift he has got in store for his ‘Jiju’ Nick Jonas.

On his Instagram story, Ranveer shared the picture of a customised jar of Nutella which had a picture of Nick on it and then he wrote. “Khaas apne jiju ke liye! (especially for my brother in law). Special consignment coming your way…with love from @NutellaIndia” Nick was quick to take notice of the story and replied to it by saying. “love it bro!”

On the work front, Nick was last seen in the 2020 Netflix web series ‘Dash & Lily’ as a guest star. He will also appear in the science fiction action-adventure film ‘Chaos Walking’. Whereas, Ranveer is awaiting the release of his films like ‘Sooryavanshi’ and ’83’. His film ‘Cirkus’ is also currently under production.