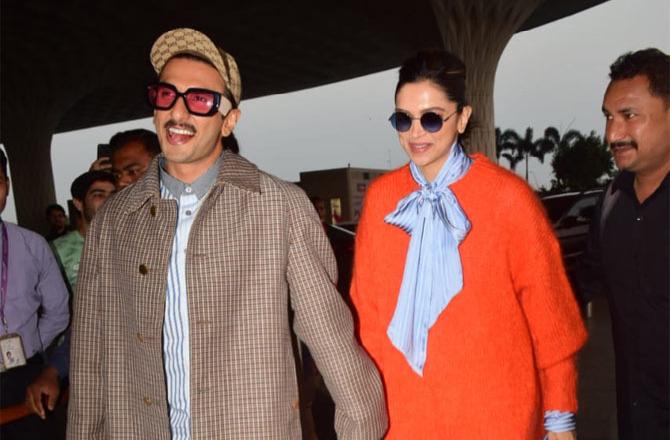 Bollywood star Ranveer Singh shared a monochrome image from his upcoming film Cirkus on Thursday, which drew an enigmatic reaction from his wife, actress Deepika Padukone. In the black and white image Ranveer shared on Instagram, he looks dapper in a classic suit and bow tie. He also sports a thick mustache. He chose a man emoji for caption.

Deepika went on the comment section and asked: “Channeling your inner Charlie!?”

One wonders if the bow tie and black suit reminded Deepika of the great Charlie Chaplin.

Cirkus is set to go on floors next month and will be shot in Mumbai, Ooty, and Goa. The film, produced and directed by Rohit Shetty, is set to release in the winter of 2021.

Shakespeare’s play has already been adapted in Bollywood by Gulzar as Angoor (1982), starring Sanjeev Kumar and Deven Verma, and the Bimal Roy-produced Do Dooni Chaar (1968), starring Kishore Kumar and Asit Sen.