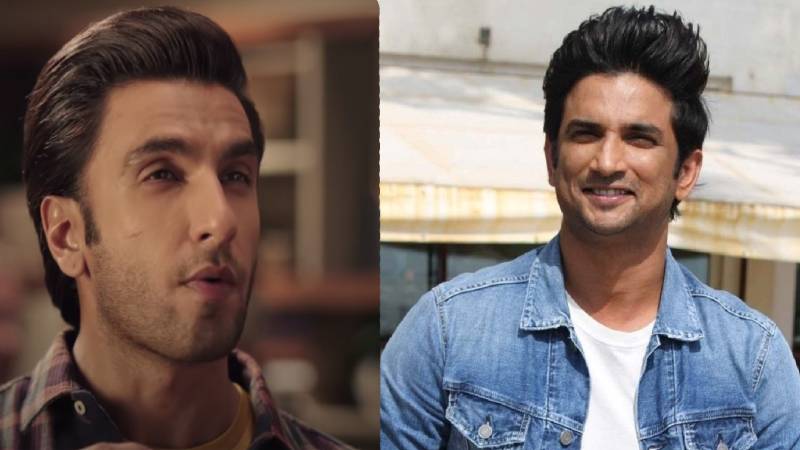 (Ranveer Singh Trolled by SSR fans) After the death of the late actor Sushant Singh Rajput, many Bollywood celebrities came under attack from Sushant’s fans. Now once again, the anger of Sushant fans has come out on Bollywood star Ranveer Singh. Ranveer is being trolled badly on social media. The reason is that Ranveer Singh’s latest aid is for the chips and snacks company Mad Angles.

The new commercial of Mad Angles is said to have been used to mock the late actor Sushant Singh Rajput through this ad. Due to which this Ed has now come under the target of Sushant Fans. There has been a lot of anger from the SSR fans regarding Ed. While SSR fans are telling Ranveer Singh fiercely on social media on the one hand, on the other hand, they are also demanding to boycott ‘Mad Angles’.

Actually, in this advertisement, it is shown that “After finishing studies, some relatives ask Ranveer Singh, what is his future plan now?” At the same time, Ranveer Singh speaks to his relatives by speaking huge scientific terms of eating new flavored med angles.

In his dialog, Ranveer has been seen uttering words like ‘Paradoxical Photon’, ‘A large algorithm’ and ‘Aliens have to match feeling’ in the allies.

(Ranveer Singh Trolled by SSR fans) Now everyone knows that Sushant was a Bollywood actor who was deeply interested in ‘Space Science’. Sushant not only had his binoculars so that he often looked at space and the galaxy every night. He also dreamed of becoming an astronaut at one time. He often shared posts on social media about ‘Space and Space Science’. Sushant came to NASA’s Space Center. He used to talk to his friends often about astronomy.

This is the reason why Sushant’s fans have flared up now seeing this latest ad by Ranveer Singh. He alleges that the actor has mocked Sushant through this ad.