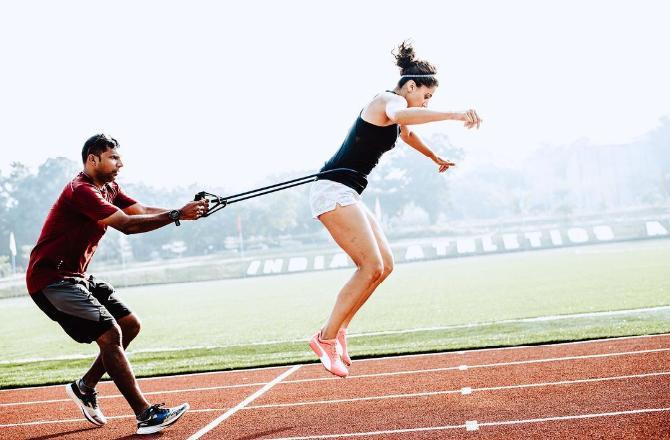 Actress Taapsee Pannu has been training hard for her upcoming sports drama, Rashmi Rocket. On Saturday, the actress gave her fans a glimpse of her training routine for the film on Instagram. Taapsee posted three pictures from her training sessions. In the images, she is seen wearing a black tank top paired with white shorts. She is seen hopping in one picture, skipping in another, and running in the third one.

“Hop… Skip… Run.. Repeat! #RashmiRocket… P.S – those marks aren’t of brutal assault on me but technically only on my muscles. #BattleScars,” she wrote.

The actress has started shooting for her upcoming film Rashmi Rocket, which casts her as a runner from the Rann of Kutch who fights for her identity and becomes an athlete. Actor Priyanshu Painyuli plays Taapsee’s husband in the Akarsh Khurana film.

Apart from Rashmi Rocket, Taapsee has Shabaash Mithu and Haseen Dillruba coming up.